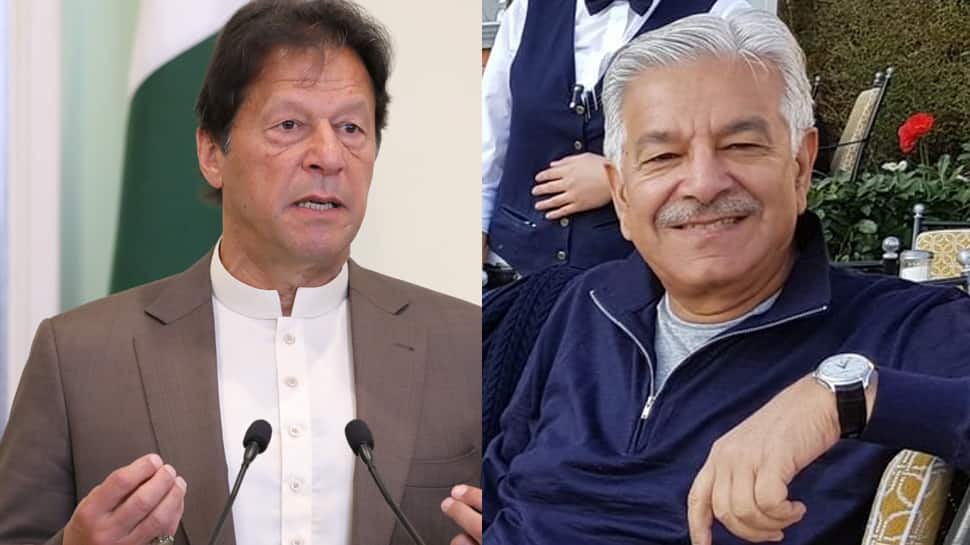 In a decision that was on expected lines, Pakistan continues to remain on the FATF grey list that will impact the economy of the country. The decision of the FATF is a major blow to the Khan-led government. Being on the grey list means, the country needs to make reforms in its financial system so that money is not used for terrorism.

Pakistan was placed on the Paris based body's grey list in June 2018 and given an action plan to implement. It has been two years and Islamabad continue to remain on the list since it failed to implement the action plan.

The FATF began its three-day virtual plenary meeting on October 21 (Wednesday) in which it reviewed Pakistan's performance in implementation of the action plan recommended by it to choke channels of funding to the terror groups operating from the country.

Taking to micro-blogging site Twitter, Asif said that in 2012, Pakistan was blacklisted by the FATF but the PMLN government took the nation to the white list by 2015. Launching an attack on PTI, he said that the party after two years and enacting draconian laws failed to take Pakistan out of the grey list. He called PTI 'Pakistan Tahreek Incompetence'.

"Pak was“Black listed"by FATF in 2012. Within 2yrs PMLN govt in 2015 we were in“white list”. PTI after 2yrs & enacting draconian laws (including those having nothing to do with FATF)failed to take Pakistan OUT of grey list. PTI is Pakistan Tahreek Incompetence?" he tweeted.

Pak was“Black listed"by FATF in 2012. Within 2yrs PMLN govt in 2015 we were in“white list”. PTI after 2yrs & enacting draconian laws(including those having nothing to do with FATF)failed to take Pakistan OUT of grey list. PTI is Pakistan Tahreek Incompetence?

The FATF listed six "serious deficiencies" which include Islamabad's lack of implementation of financial sanctions on United Nations Security Council listed terrorists like Masood Azhar, Dawood Ibrahim, Zakir-ur-Rahman Lakhvi. While on expected lines, Pakistan continues to be on FATF's grey list, the anti-terror financing body has asked Islamabad to do more since the risks have not gone.

In response to a question, Marcus Pleyer, FATF President said, "Since Pakistan has completed 21 of 27 items, largely completed.. but the 6 outstanding items are very serious deficiencies that still have to be repaired. For that reason, the risks haven't gone, Pakistan govt must do its best to repair and to work on these outstanding six items."

After being greylisted in June 2018, Pakistan was given an action plan with 27 items to improve and bring transparency in its financial system so that money is not used to fund terror.

The 6 items listed by FATF on which actions haven't been taken include "demonstrating effective implementation of targeted financial sanctions against all 1267 and 1373 designated terrorists and those acting for or on their behalf, preventing the raising and moving of funds... freezing assets (movable and immovable), and prohibiting access to funds and financial services".

1267 is the UN list on which international terrorists are listed. Pakistan has the highest number of its nationals on the list. Being on the grey list means, the country needs to make reforms in its financial system so that money is not used for terrorism. According to the Pakistan government's own estimation, the country loses $10 billion annually by being on the list.

As all action plan deadlines have expired and FATF has "strongly urged" Islamabad to swiftly complete its full action plan by February 2021. Once it completes all the action plans, an on-site visit by the FATF team will decide if action plans have indeed been implemented.

India on October 22 had reiterated that Islamabad has not taken any action on terrorist it has been providing safe havens.

The terrorists listed by India are responsible for a number of terror attacks in India like 26/11 Mumbai terror attacks. Srivastava had said Pakistan has addressed only 21 out of 27 "action items" prescribed by the Financial Action Task Force (FATF) to contain terror financing.

Asked about the possibility of the FATF blacklisting Pakistan for failing to check terror financing, Srivastava had said the global anti-terror watchdog has laid out standards and procedures for such action. "It is understood that Pakistan has addressed only 21 action items so far out of the total 27 points in the FATF action plan. Six important action items are yet to be addressed," he had said.

The FATF had put Pakistan on its "grey list" in 2018 for failing to contain terror financing in the country. The global body has been periodically reviewing the implementation of the action plan it had recommended to Pakistan to curb financial activities of terror groups.

Notwithstanding the coronavirus pandemic in the region, Pakistan has been resorting to unprovoked ceasefire violations along the LoC and making concerted efforts to push militants into Kashmir.