A huge fire that broke out in a building in an old part of Bangladesh`s capital, Dhaka, killed at least 10 people, a fire service official said on Thursday, and the death toll could climb further. 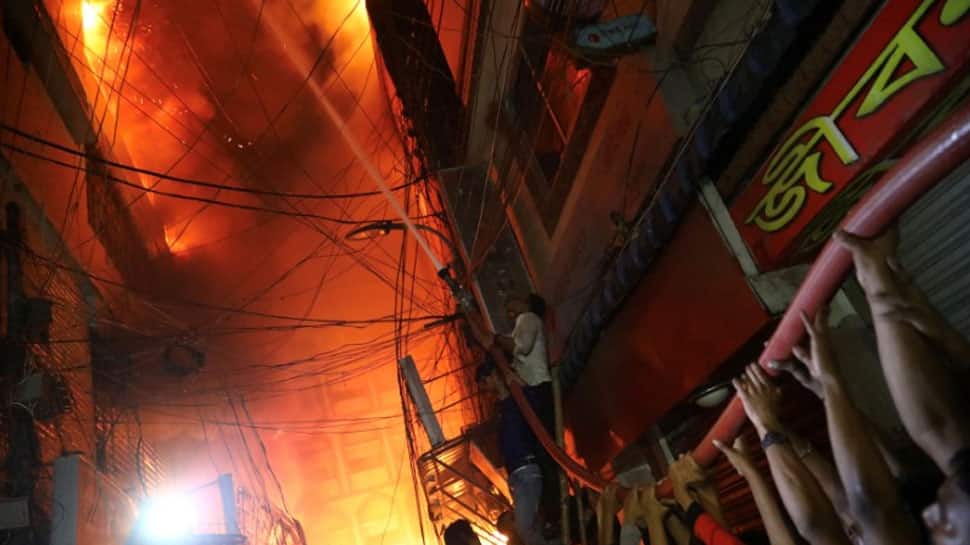 Update: The death toll from a fire in a centuries-old area of the Bangladesh capital, Dhaka, jumped dramatically to 56 people, a fire official said on Thursday, and could continue to rise.

"So far, 56 bodies have been recovered. The number could rise further as searching is still continuing," Julfikar Rahman, a director of the Fire Service and Civil Defence, told Reuters.
The toll from the fire, which broke out in Dhaka`s Chawkbazar area on Wednesday, had earlier been put at 10.

DHAKA: A huge fire that broke out in a building in an old part of Bangladesh`s capital, Dhaka, killed at least 10 people, a fire service official said on Thursday, and the death toll could climb further.

The blaze broke out on Wednesday and spread to other nearby buildings. Fire fighters fought for more than five hours to bring it under control, although it was still burning early on Thursday.

It was not immediately clear what caused the fire at the building in the centuries-old Chawkbazar area of Dhaka.

Bangladesh media reported earlier that at least three people had been killed and several others taken to hospital.

UK's Theresa May back in Brussels, hit by defections over Brexit