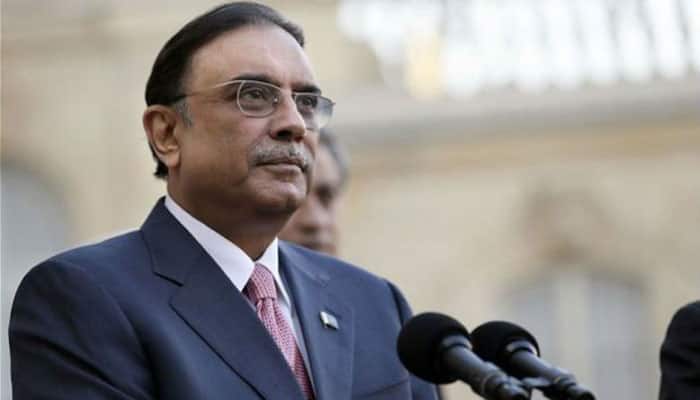 Zardari was also directed to submit the surety bonds worth Rs 10 million for securing the bail. A two-judge bench comprising IHC Chief Justice Athar Minallah and Justice Aamir Farooq pronounced the judgment while hearing a plea filed by Zardari, seeking bail in the two cases.

The former Pakistan president is being probed by the NAB over allegations of corruption and money laundering, The Dawn reported.During the proceedings today, Zardari`s counsel Farooq Naek submitted the medical reports of his client to the court. On the other hand, Additional Prosecutor General Jahanzeb Bharwana and Deputy Prosecutor General Muzaffar Abbas appeared before the court on behalf of the accountability bureau, according to Geo News.

The NAB prosecutors began reading Zardari`s medical reports upon the directions of the bench.Zardari was under detention on money laundering charges and has been undergoing treatment at the Pakistan Institute of Medical Sciences (PIMS) in Islamabad. He was arrested by the anti-corruption body on June 10 after the IHC had rejected his pre-arrest bail in the fake bank accounts case.

In October, Zardari was shifted to PIMS from judicial custody at Adiala Jail in Rawalpindi after the medical board stated that the former president was suffering from cardiac issues, diabetes, and other ailments and required urgent medical care. In his plea, Zardari had said he is suffering from a heart condition and have three stents placed in his body. He also stated that he was diabetic and his blood sugar levels had to be constantly monitored.

Zardari`s sister Faryal Talpur, who is in custody of the NAB, has also sought bail from the IHC, contending that she is the mother of a differently-abled child and has to take care of her.