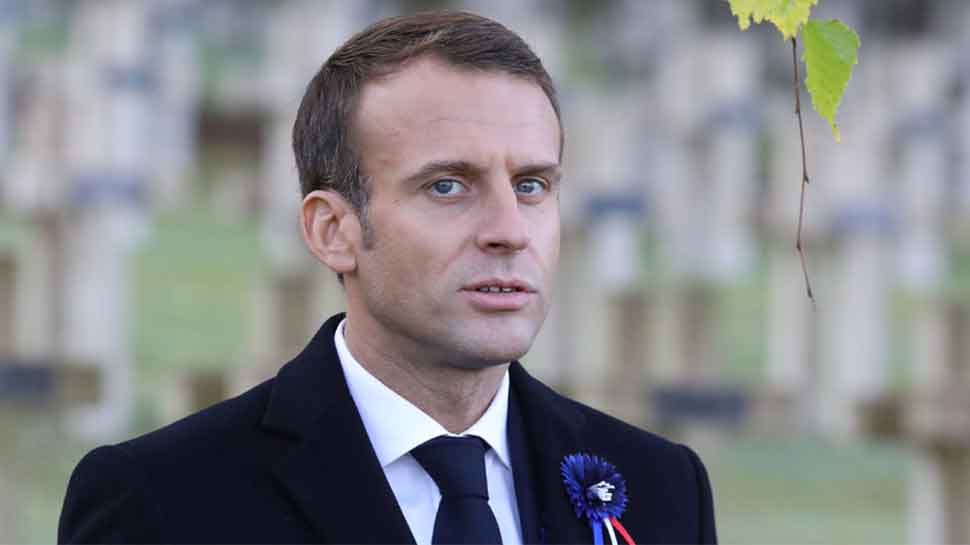 Paris: French President Emmanuel Macron and German Chancellor Angela Merkel have called for the end of Turkish offensive in Syria.

"We have a common desire that this offensive ends," Macron said on Sunday alongside visiting Merkel, Xinhua news agency reported.

He warned that Turkish offensive in Syria would create an unbearable humanitarian situation and favour resurgence of the Islamic State in the country.

"Our conviction is that this offensive risks ... to create unbearable humanitarian situations and help Daesh (the Islamic State) to re-emerge in the region," he added.

Macron said Paris and Berlin remain very coordinated to define the initiatives they would take "next hours, next days" in response to Turkey's military operation in Syria.

According to his office, the French head of state will hold, later on Sunday evening, an emergency defence cabinet meeting to discuss the situation in north-east Syria.

Also on Sunday, Merkel called for an immediate end of the Turkish military operation in northern Syria in a phone call with Turkish President Recep Tayyip Erdogan.

According to a statement by a German government spokesperson, the phone call was made at the request of Erdogan.

Merkel told Erdogan that regardless of Turkey's legitimate security interests, the offensive threatens to displace a large part of the local population, destabilize the region, and lead to the resurgence of the ISIS (Islamic State).

"France has decided to suspend any export of war materiel to Turkey that could be used for Turkey's offensive. This decision goes into effect immediately," French defence and foreign ministries said in a joint statement.

Earlier on Wednesday, Turkey launched military operations targeting the Kurdish forces in several parts of north-eastern Syria after the US started pulling its troops out.