Donald Trump, a Republican, came into power as the 45th US President after the 2016 Presidential elections by defeating his Democrat opponent Hillary Clinton. 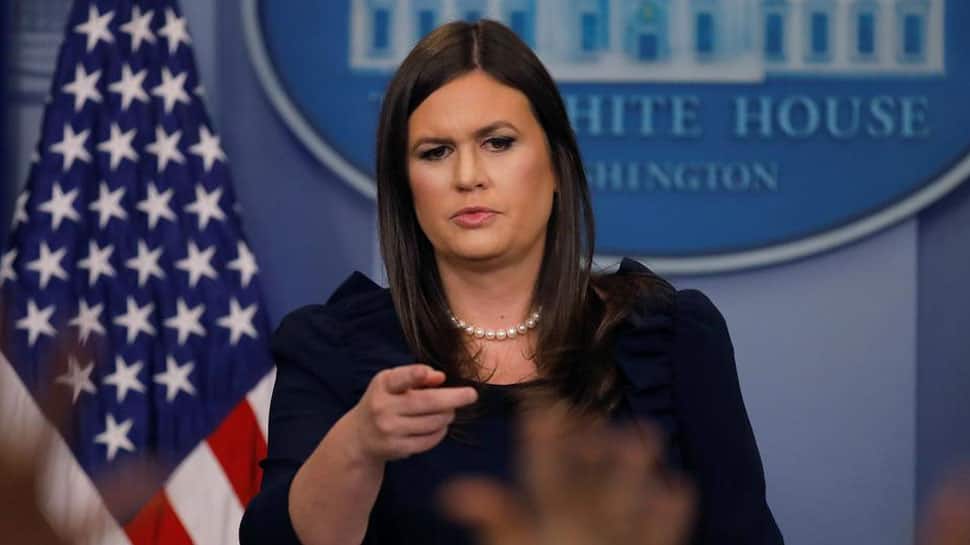 Washington: God "wanted" Donald Trump to become President, White House Press Secretary Sarah Sanders has said, in surprising remarks, and claimed that he had done a "tremendous job" in supporting "a lot of the things that people of faith really care about".

"I think God calls all of us to fill different roles at different times and I think that he wanted Donald Trump to become President," Sanders, the White House Press Secretary told the Christian Broadcasting Network (CBN), on Wednesday (local time).

"That`s why he`s there and I think he has done a tremendous job in supporting a lot of the things that people of faith really care about," she added. Sanders took on House Speaker Nancy Pelosi in the interview, and blasted the Democrats for supporting late-term abortion.

"Honestly, it`s very hard at this point to even take a lecture from Democrats on what is moral and what isn`t," she said in an apparent reference to Pelosi labelling the construction of a wall on the US-Mexico border as an "immorality".The Press Secretary continued: "People who are willing to allow legislation to pass supporting late-term abortion.

The idea that they would take out "So help me God," in the platform that House Democrats have raised this week. But the idea that protecting the people of your country, which is the fundamental duty of being President of the United States would in some way be immoral is a ridiculous charge and something that I think probably, I would think Speaker Pelosi may even regret making that comment because she`s seen how ridiculous that sounds and how the evidence is so contrary to that comment.

"The impasse between the US Congress and Trump over USD 5 billion in funding for the construction of the barrier triggered the longest-ever partial government shutdown in the United States. 800,000 federal workers went without pay for the entirety of the 35-day shutdown - starting from December 22 to January 25 - due to a lack of budget allocation."I would argue he`s the most conservative President that we`ve ever had," Sanders also stated.

"You look at the judicial nominations alone I think that will be one of the greatest legacies that the president has after his eight years in office is how he has completely remade the judiciary and started to stop this activist court that we`ve started to see over the last 8 years.

There`s a reason evangelicals are sticking with the President, and that`s because he`s delivered on all the things he said he would do," the Press Secretary remarked.Brett Kavanaugh`s nomination to the Supreme Court by Trump had sparked major outrage all across the nation, after professor and psychologist, Dr Christine Blassey Ford came forward with allegations of sexual assault against the now Associate Justice of Supreme Court.