Firefighters were battling to control more than 40 wildfires that remained ablaze across NSW, the state`s Rural Fire Service (RFS) said. There were no reports of injuries caused by the fires by mid-afternoon local time, though 45 homes were destroyed. 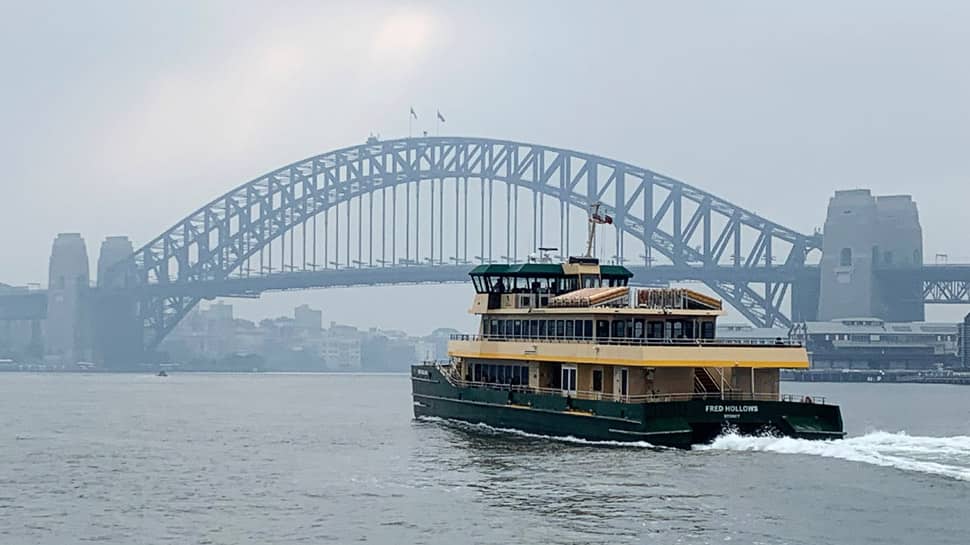 SYDNEY: Sydney was wreathed in hazardous smoke on Thursday as strong winds fanned dozens of bushfires across Australia`s east coast, prompting health warnings for the city that is home to more than 5 million people and the state of New South Wales (NSW). Firefighters were battling to control more than 40 wildfires that remained ablaze across NSW, the state`s Rural Fire Service (RFS) said. There were no reports of injuries caused by the fires by mid-afternoon local time, though 45 homes were destroyed.

The strong winds have blown the dangerous smoke across large parts of NSW. The RFS said the smoke was unlikely to clear for at least 24 hours, while hot, dry conditions are expected to linger for several days more - exacerbating the threat of more fires as authorities try to access the damage of blazes now extinguished.

"Dust may aggravate existing heart and lung conditions and cause symptoms like eye irritation and cough," said Richard Broome, director of environmental health, NSW Health. "Symptoms can occur for several days after the dust is inhaled, so people with chronic conditions need to be vigilant with their treatment programs."

One of the biggest fires in recent days was recorded in Lake Cathie, 379 kilometres (235.5 miles) north of Sydney - which has destroyed more than 2,000 hectares (4,942 acres) of a national park. The fire is now contained, though the area is a prime breeding ground for koalas, stoking fears that hundreds will have been killed by the fires.

"Based on our calculations, with a minimum 60% mortality rate about 350 koalas will be lost," Sue Ashton, president of the Port Macquarie Koala Hospital told Reuters. "It`s terrible, it`s absolutely devastating. It`s a national tragedy." Ashton said seven rescuers on Thursday attempted to enter the worst affected areas but were advised to leave as strong winds stoked fears of the fires spreading.

62 passengers dead, over 40 injured as train catches fire in Pakistan