The new analysis, spanning 40 years of satellite observations across India, China, Nepal and Bhutan, showed glaciers have been losing the equivalent of more than a vertical foot-and-a-half of ice each year since 2000. 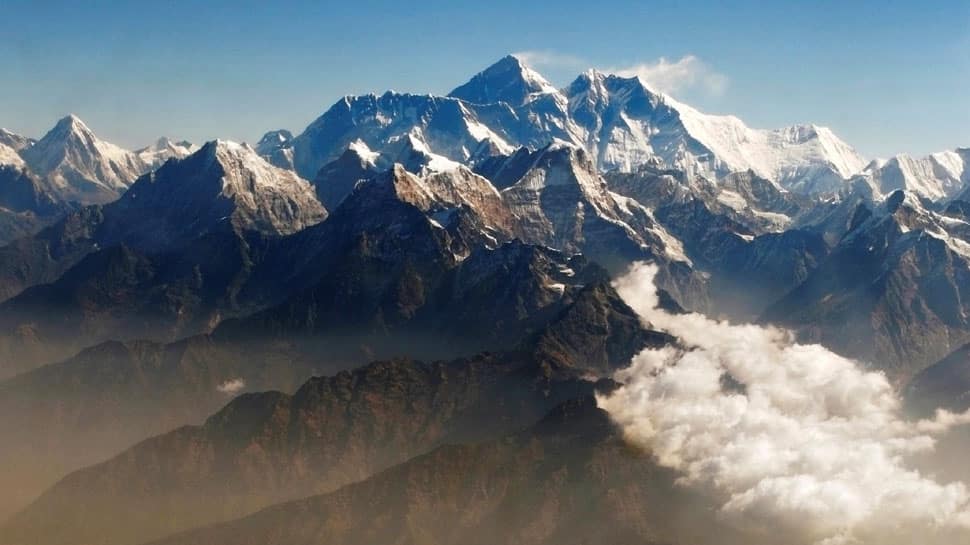 LONDON: Himalayan glaciers have been melting twice as fast since the start of this century, underscoring the threat the climate crisis poses to water supplies for hundreds of millions of people across Asia, according to a study published on Wednesday. Scientists have long been trying to establish how quickly rising global temperatures caused by the burning of coal, oil and gas are eating away at the region`s icebound landscapes, sometimes referred to as Earth`s third pole.

The new analysis, spanning 40 years of satellite observations across India, China, Nepal and Bhutan, showed glaciers have been losing the equivalent of more than a vertical foot-and-a-half of ice each year since 2000. That represents double the rate between 1975 and 2000. "This is the clearest picture yet of how fast Himalayan glaciers are melting over this time interval, and why," lead author Joshua Maurer, a PhD candidate at Columbia University`s Lamont-Doherty Earth Observatory, said in a statement.

Although melting ice caps at Earth`s north and south poles are already destabilising the climate system, the retreat of Himalayan ice has more direct consequences for some 800 million people who depend on meltwater to sustain their rivers. Seasonal flows of runoff appear to be increasing for the time being as glaciers degrade. But scientists fear what is likely to happen as time goes on: a gradual dwindling of water supplies to densely-populated floodplains in India, Pakistan and China, potentially stoking local and international tensions.

The new findings -- which drew on declassified images from US spy satellites -- were published as governments met for talks in Bonn aimed at pushing forward efforts to curb greenhouse gas emissions under the 2015 Paris Agreement. Global carbon emissions hit a record high last year. Climate models suggest that existing pledges made by governments to try to bend the emissions curve downwards still fall far short of the rapid transformational economic change needed to prevent climate impacts worsening by many orders of magnitude.

Although the Himalaya study, published in Science Advances, did not attempt to ascertain precisely how much ice had melted, Maurer said the glaciers may have lost as much as a quarter of their mass over the last 40 years. Joseph Shea, a glacial geographer at the University of Northern British Columbia, who was not involved in the study, said the findings demonstrated that even glaciers in the world`s highest mountains were being affected by higher temperatures.

"In the long term, this will lead to changes in the timing and magnitude of streamflow in a heavily populated region," Shea said.

White House area on lockdown, one held by US Secret Services