The incident took place at Korbanpur village under Muradnagar Upazila of Comilla on Sunday afternoon. 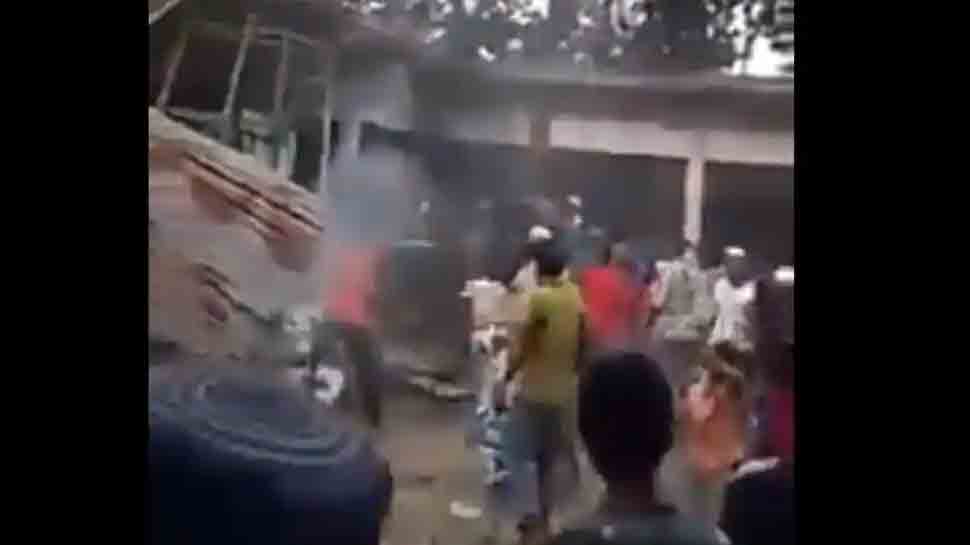 DHAKA: More than 10 Hindu households were vandalized and torched in Comilla district of Bangladesh after a man reportedly shared a Facebook post on the controversy surrounding the publication of cartoon of prophet Mohammed in France on Facebook.

The incident took place at Korbanpur village under Muradnagar Upazila of Comilla on Sunday afternoon.

The office of the local Union Parishad Chairman Bankumar Shiv and the house of accused, Shankar Debnath, were set on fire. More than 10 Hindu households were attacked, vandalized, and torched.

According to locals, on October 31, Shankar Debnath, a local from the village, reportedly commented on a Facebook post related to France defending cartoons depicting the Prophet Mohammed (PBUH) and showed his support.

A case was filed over the incident. Following that, on Sunday, police arrested Shankar and Anik Bhowmik, another accused in the case, for allegedly hurting religious sentiments and sent them to jail.