Hitchhiking with a wheelchair in war-torn Yemen

Eissa lost the use of his legs in an accident as a toddler and said the war means the number of disabled people is growing. 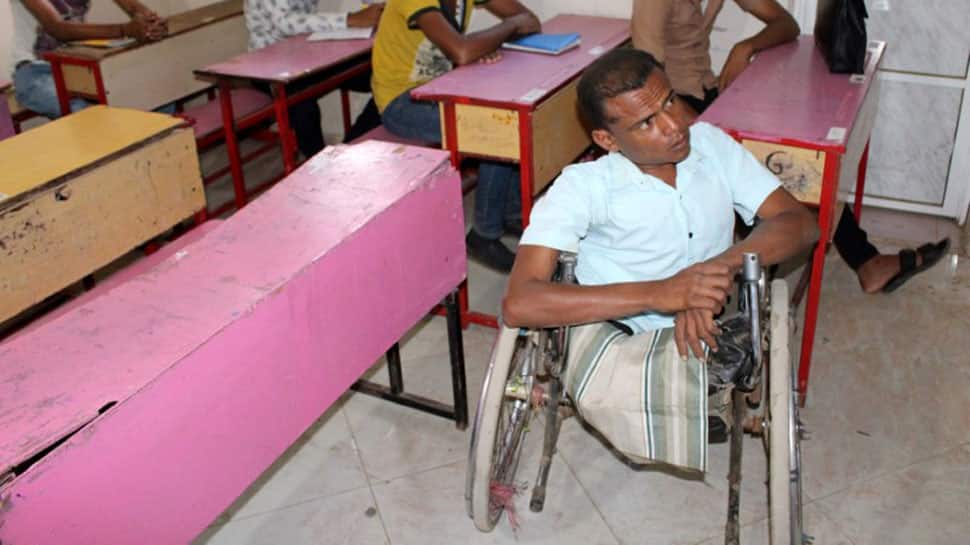 HAJJAH: Using a wheelchair in war-torn Yemen is not easy. To get to work each day, 26-year-old Yaarub Eissa rolls over dusty, bumpy roads and up and down steps. He then lifts himself onto the back of a passing motorbike and hooks his folded chair on the back.

"I did not let the disability stop my life. I continued, studied," Eissa told Reuters, at work welding motorcycle parts in his father`s metal shop before heading to the English lessons he hopes will help him improve his life.

Yemen`s almost four-year conflict has destroyed its health system and brought 10 million people to the brink of famine, the United Nations said. Aid agencies struggle to feed and treat even the most urgent cases.

Eissa lost the use of his legs in an accident as a toddler and said the war means the number of disabled people is growing. "There isn`t any attention from official institutions to help disabled people, or from international organisations either. Despite there being so many in Yemen at the moment," Eissa said.

He lives in the Hajjah area of north-west Yemen, around 50 km (30 miles) away from active fighting, but said the war`s consequences reach every home in Yemen due to the uncertainties about the future and the lack of food and medical treatment.

The war, which has battered Yemen`s economy and restricted travel within and outside the country, dashed Eissa`s hopes of travelling abroad to study and kept him at home.