Hong Kong protesters to rally after another night of violence 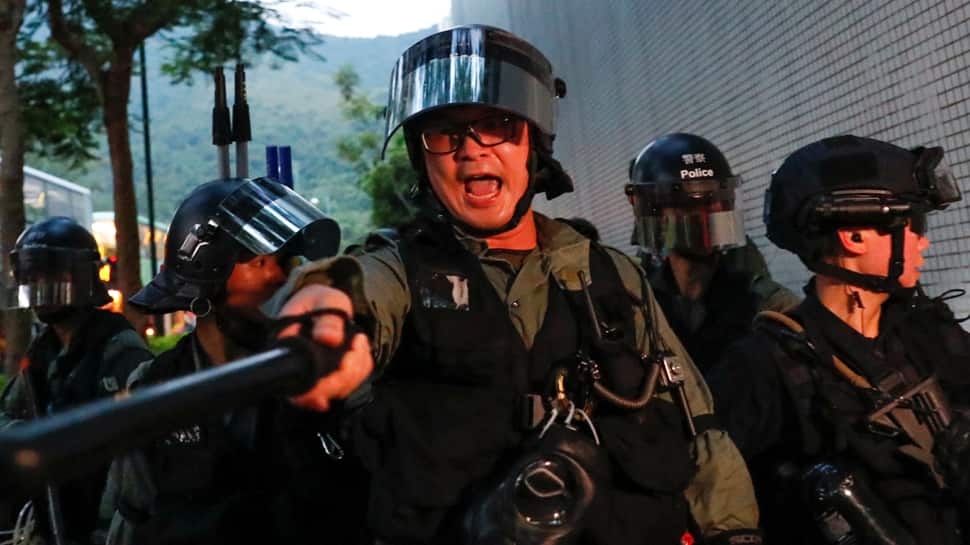 HONG KONG: Hong Kong protesters prepared to join a global "anti-totalitarianism rally" on Sunday, following another night of violent clashes with police after weeks of pro-democracy unrest in the Chinese-ruled city. Police fired pepper spray to break up protesters in the Causeway Bay shopping district ahead of the planned demonstrations and raised black flags, warning that tear gas could be used.

Some shops closed ahead of possible clashes, the latest in more than three months of sometimes violent unrest. The MTR metro service said it would cut some services. Demonstrators chanted anti-government slogans in a New Territories shopping mall as pro-China demonstrators sang the Chinese national anthem on Victoria Peak under a sweltering sun.

About 200 people dressed in red T-shirts gathered on top of the Peak, overlooking the harbour, at around midday. They sang the Chinese national anthem and chanted “I love China”. Angela, a housewife in her 40s, a Chinese flag sticker plastered on her cheek, said the pro-democracy protesters were “thugs”. "If the government takes violent action I don’t object,” she said. “We have tolerated enough. I think I have emotional problems because of the riots. Because it’s not safe to go out.”

Hong Kong leader Carrie Lam, the focus of weeks of anti-government unrest, will leave for Beijing on Monday to celebrate the 70th anniversary of the founding of the People`s Republic removing a possible flashpoint for protests at home. China`s National Day is on October 1.

Lam, who was trapped in an indoor stadium by street protests for hours this week after an "open dialogue" with the people, will return to Hong Kong on Tuesday night overland, also minimising the chances of a clash at the airport, a popular target of anti-government protests.

Police have responded with tear gas, water cannon, rubber bullets and occasional live rounds fired into the air. The protesters are angry about what they see as creeping Chinese interference in Hong Kong, which returned to China in 1997 under a "one country, two systems" formula guaranteeing freedoms that are not enjoyed on the mainland.

China dismisses the accusation and has accused foreign governments, including the United States and Britain, of fanning anti-China sentiment. Protests were sparked in June by planned legislation, since withdrawn, that would have allowed the extradition of suspected criminals to mainland China. But they have since expanded into a broader pro-democracy movement.