Mursi, a leading member of the Islamist group which is now banned in Egypt, died on Monday after collapsing in a Cairo court while on trial on espionage charges. 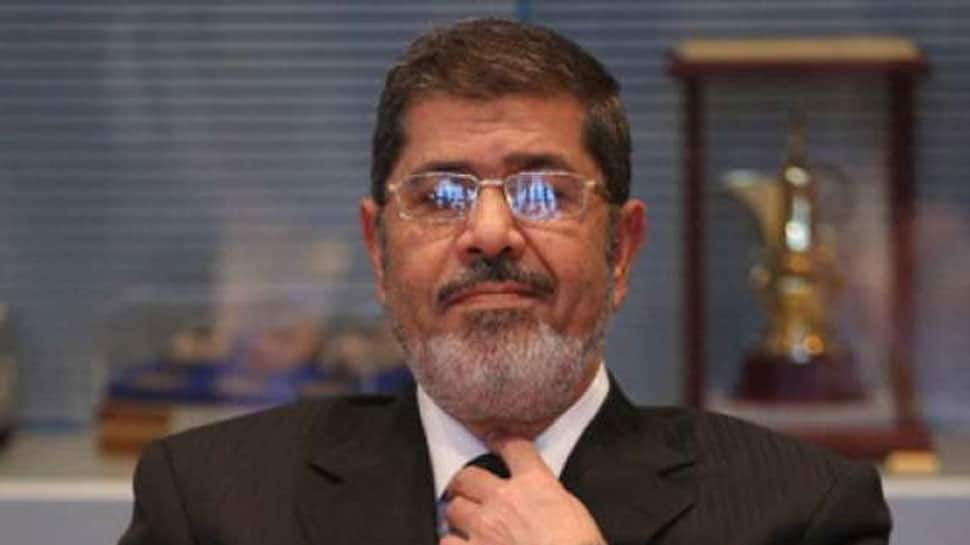 ANKARA/ISTANBUL: Hundreds of supporters of the Muslim Brotherhood in Turkey took to the streets of Ankara and Istanbul on Tuesday to mourn former Egyptian president Mohamed Mursi, with some chanting slogans blaming Cairo authorities for his death. Mursi, a leading member of the Islamist group which is now banned in Egypt, died on Monday after collapsing in a Cairo court while on trial on espionage charges.

The 67-year-old - the first democratically elected head of state in Egypt`s modern history - had been in jail since the army commanded by Egypt`s current president Abdel Fattah al-Sisi toppled him in 2013 after barely a year in power following mass protests against his rule.

About 500 people in Ankara prayed in a central street halting traffic outside the Egyptian Embassy, and in Istanbul several hundred attended a symbolic funeral in the conservative Fatih district.

By contrast, in central Cairo on Tuesday morning there were no signs of protests. Egypt has cracked down on Islamist groups since Mursi`s ouster.
Members of the Ankara crowd chanted: "Murderer Sisi, martyr Mursi" and held up banners reading "Putschists will be defeated", a reference to Mursi`s overthrow.

"We will take back our country from the military coup, and that day, we will go to the tomb of Muhammed Mursi and pray to thank him for staying in prison for six years to free our country of tyrants," said Mumin Ashraf, 25, an Egyptian man studying in Ankara.

Rights groups have called for an investigation into Mursi`s death and raised questions about his treatment in prison. Egypt`s government has dismissed accusations that he was badly treated.

Turkish President Tayyip Erdogan`s Islamist-rooted AK Party supported Mursi’s short-lived Egyptian government, and many Brotherhood members and supporters have fled to Turkey since its activities were banned in Egypt.  Speaking at a rally ahead of a June 23 re-run of Istanbul`s mayoral election, Erdogan called Mursi a `martyr` and condemned those who stood by as the former president was "tortured" in prison.

"I am condemning the western world and humanity, who watched Mursi taken down in a coup and tortured in a prison cell," Erdogan told hundreds of cheering supporters. The Brotherhood says it is a non-violent movement and denies any relationship to violent insurgencies waged by al Qaeda and Islamic State.