Police had approved plans by activist group Extinction Rebellion to demonstrate on condition they would not block traffic. 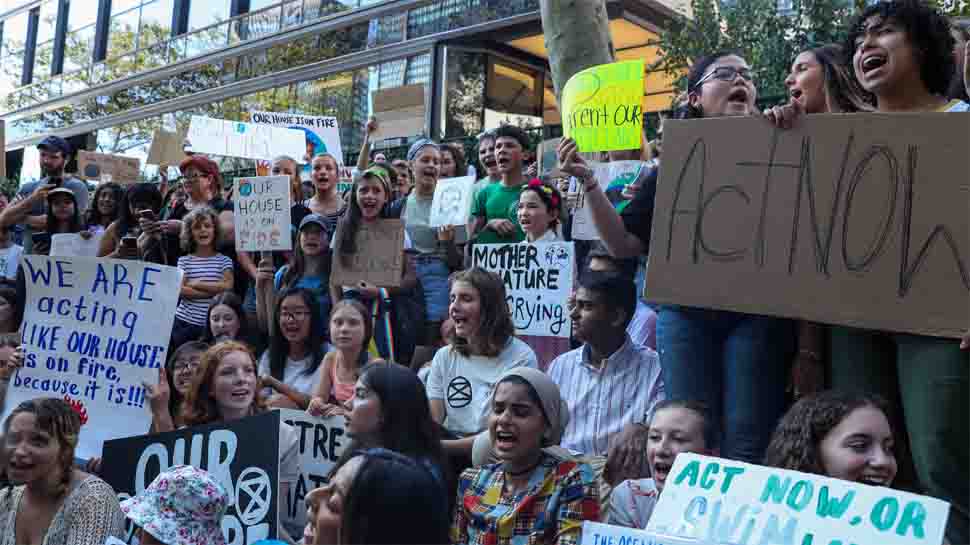 Amsterdam: Hundreds of climate change activists chanting 'rebellion!' blocked traffic in downtown Amsterdam on Monday morning, defying a ban by police who began detaining them one-by-one to clear the road.

Police had approved plans by activist group Extinction Rebellion to demonstrate on condition they would not block traffic.

Scores of police using megaphones instructed the crowd to clear the road and those who did not leave were picked up and put on buses.

"Police we love you, we do this for your children," some chanted. "We are peaceful, what are you?"

"The aim is de-escalation and to break up the blockade and allow for the safe flow of traffic," police said in a statement. "Some demonstrators will be arrested. Police also seized materials that facilitated the demonstration."

Demonstrators gathered on a main traffic artery through the city in front of the national Rijksmuseum with banners that read: "stop talking, start acting" and "tell the truth."

London police detained several Extinction Rebellion activists on Friday before they could carry out a plan to block traffic.