Dorian was bearing down on Puerto Rico from the southeast and was expected to become a hurricane soon as it barrels towards Florida, which it could hit as a major hurricane. 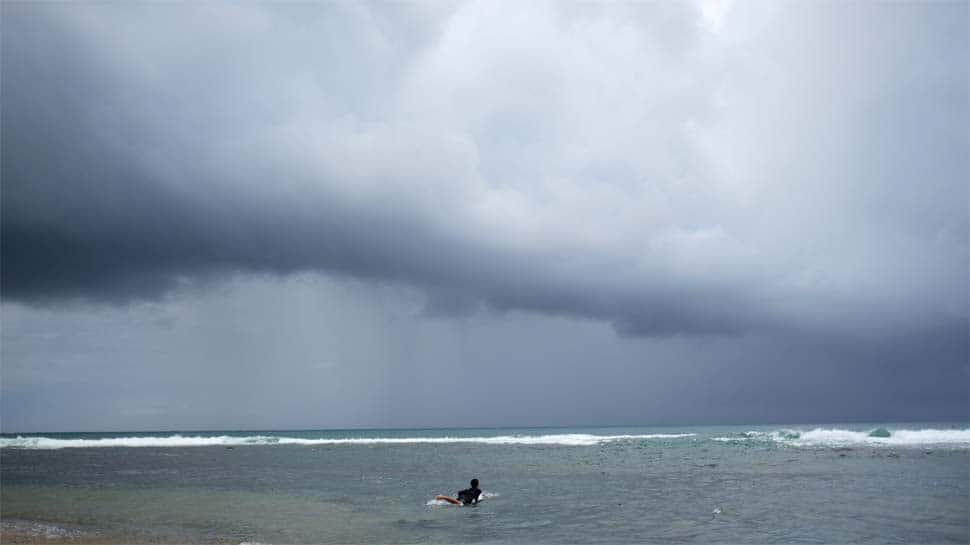 President Donald Trump on Wednesday called Puerto Rico "one of the most corrupt places on earth" as the US territory prepared for a hit by Tropical Storm Dorian, which brought back memories on the island of devastation from hurricanes two years ago.

Puerto Rico is still struggling to recover from back-to-back hurricanes in 2017, which killed about 3,000 people just months after it filed for bankruptcy.

Dorian was bearing down on Puerto Rico from the southeast and was expected to become a hurricane soon as it barrels towards Florida, which it could hit as a major hurricane.

After approving an emergency declaration for Puerto Rico late on Tuesday, Trump took a swipe at the US territory in a tweet on Wednesday morning. An emergency was declared in Florida too.

"Puerto Rico is one of the most corrupt places on earth. Their political system is broken and their politicians are either Incompetent or Corrupt. Congress approved Billions of Dollars last time, more than anyplace else has ever gotten, and it is sent to Crooked Pols. No good!" Trump wrote.

Trump has a history of disputes with Puerto Rico`s leaders. He was heavily criticized for a tepid response to the 2017 hurricanes that battered Puerto Rico.

This week, Democrats in the US Congress also slammed him for shifting $271 million earmarked for disaster aid and cyber security to pay for detention facilities and courts for migrants arriving at the US-Mexico border.

House of Representatives Speaker Nancy Pelosi, a Democrat, on Tuesday described the shift as "stealing from appropriated funds."

"Dorian is forecast to be near hurricane strength when it approaches the Virgin Islands and Puerto Rico," the NHC said.

Puerto Rican officials warned that the eastern part of the island should brace for particularly heavy rains.

"We are better prepared than when Hurricane Maria attacked our island," Puerto Rico Governor Wanda Vazquez said on Tuesday.

Vazquez, who took office this month after political turmoil led to the resignation of her predecessor, said preparations for the storm were more than 90% complete.

Infrastructure ranging from electric power lines to telecommunications and banking networks were in better shape than they had been in 2017, she added.

Two years ago, Puerto Rico was recovering from Hurricane Irma when Hurricane Maria struck in September 2017, destroying roads and bridges and leaving much of the Caribbean island without electricity for months.

The US response to Maria became highly politicized as the Trump administration was criticized as being slow to recognize the extent of the devastation and in providing disaster relief to Puerto Rico, an island of more than 3 million people. Trump later disputed Puerto Rico`s official death toll of 3,000.

"The money we sent down there, we now know, several on the ground have been indicted for misusing that money, giving it to politicians as bonuses, watching that food rot in the ports, the water went bad," he told reporters.

Puerto Rican public schools are closed on Wednesday and public workers have been instructed to stay home, Vazquez said.

Royal Caribbean`s cruise liner "Allure of the Sea" canceled a scheduled visit to the island on Thursday, and Carnival Cruise Line also adjusted its itineraries, the governor said.

The NHC`s latest forecasts predict that Dorian could reach Florida as a major hurricane early on Monday.

The Dominican Republic has also upped storm preparations. Juan Manuel Mendez, director of the emergency operations center, said authorities have identified 3,000 buildings that can be converted into shelters, with capacity for up to 800,000 people.