Donald Trump makes false claim of India requesting US mediation in the Kashmir issue. India has always - and strongly - maintained that it is a bilateral issue. 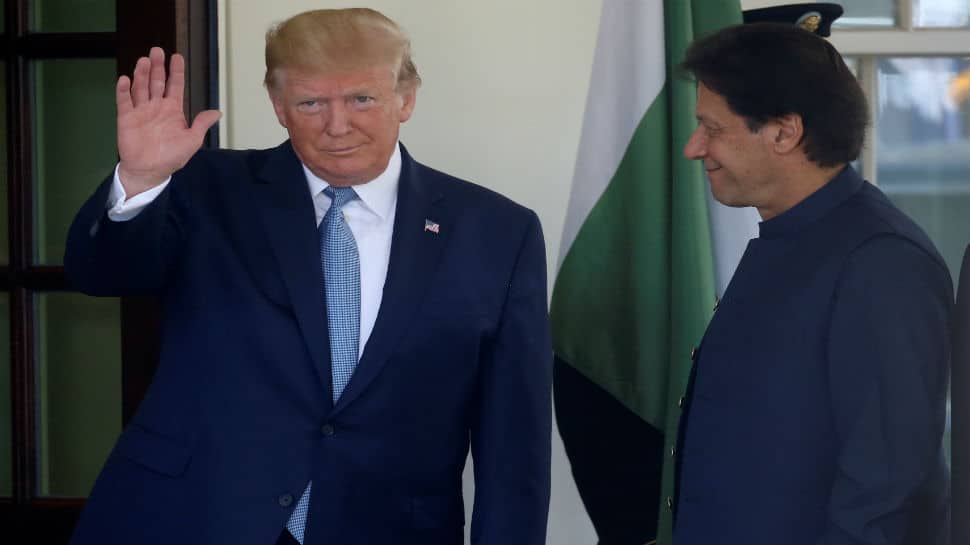 Pakistan Prime Minister Imran Khan on Monday brought up the issue of Kashmir when he met US President Donald Trump at the White House. It has been reported that Trump offered to negotiate in the matter and also made a completely false claim of being requested to do so by India.

Imran brought up the Kashmir issue during his discussions with Trump and the US President, according to Reuters, responded by saying he is ready to act as a mediator. Trump, however, went on to claim that the request for mediation in the matter had also been made by India, which is completely false. "I was with PM Modi two weeks ago. We were talking about this subject and he actually said 'would you like to be a mediator or arbitrator?' I said 'where?' He said 'Kashmir because this is been going on many many years.' I was surprised how long it has been going on. I think they would like to see result. You (Imran Khan) would like to see result. I can help. I would love to be mediator," Trump reportedly said.

India has always maintained that the Kashmir issue is for India and Pakistan to resolve alone and no third country should get itself involved. India has also maintained that peace talks between the two countries can only happen when Pakistan stop sheltering and supporting terrorists.

Interestingly, in a press release issued by the White House shortly after the meeting, Trump's remarks on Kashmir were not mentioned at all. Instead, it spoke of how the US is interested in a peaceful South Asia. "The United States is committed to creating the conditions necessary for a peaceful South Asia," read the statement.

Why Trump would reportedly make a false claim about India requesting the US to mediate is not immediately known but Pakistani PMs have time and again attempted to rake up Kashmir at international forums. As such, Imran discussing Kashmir with Trump was on expected lines.

While Imran was discussing Kashmir - among other matters - inside the Oval Office, he had to face embarrassment on the streets just outside White House with mobile banners displaying pro-Balochistan slogans doing the rounds here. Pakistan is accused by Baloch activists of violating human rights in the province and of forced disappearances. Baloch activists have also urged Trump to take action in the matter. A day earlier, Imran's speech at Capital One Arena was disrupted by Baloch activists. Members of Muttahida Qasmi Movement (MQM) and other minority groups have also held protests.

At least 32 killed in air strikes in rebel-held city in Syria, say rescuers