During an interview to a Saudi Arabia media, Arab News, he said that he is happy that the cooperation between the two nations, particularly in the field of counterterrorism, security and strategic issues, has been progressing well. 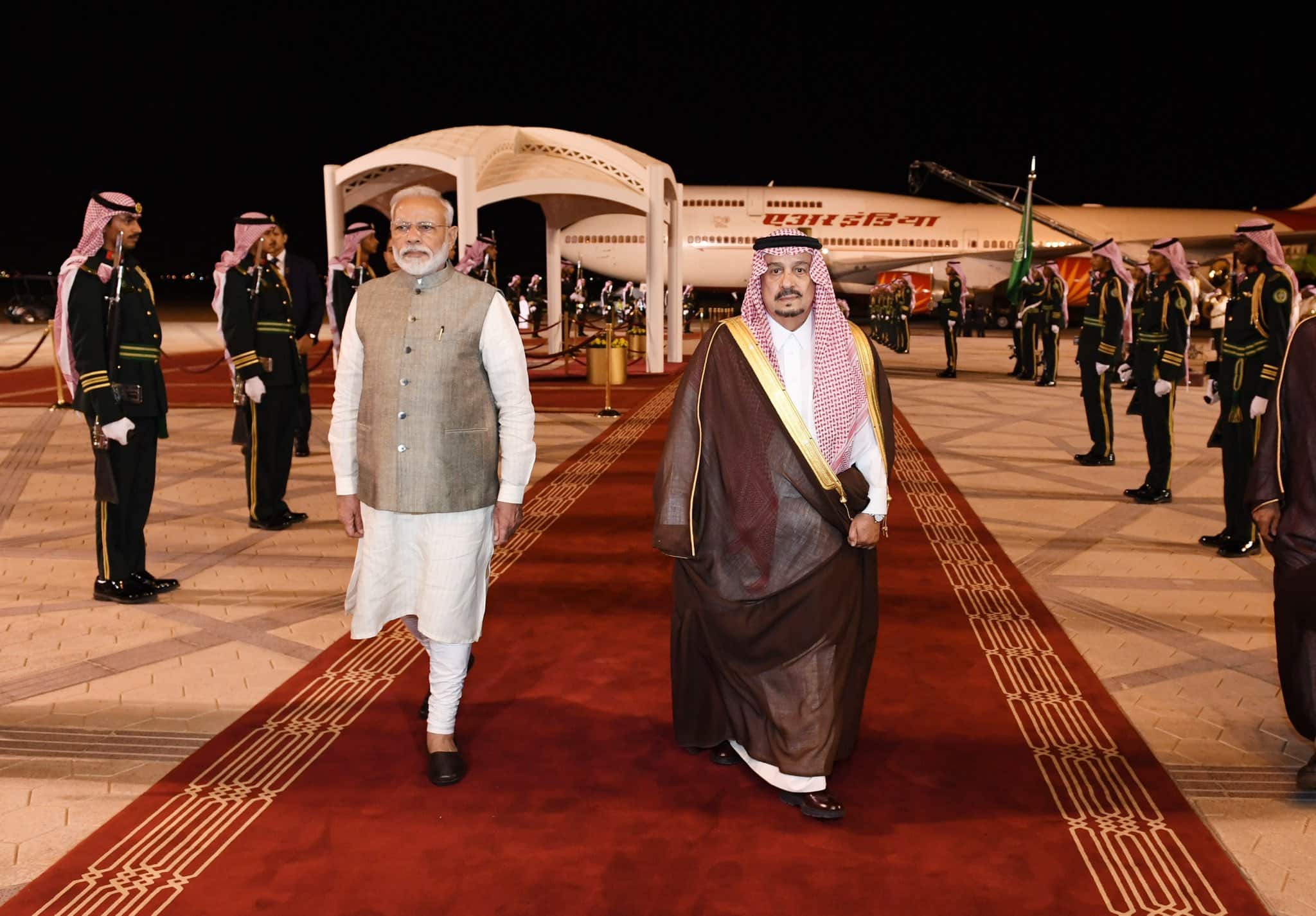 Prime Minister Narendra Modi on Tuesday stated that India and Saudi Arabia share similar security concerns in their neighbourhood (hinting at Pakistan), during his one-day official visit to the West Asian country. This is the PM's second visit to the country in three years.

During an interview to a Saudi Arabia media, Arab News, he said that he is happy that the cooperation between the two nations, particularly in the field of counterterrorism, security and strategic issues, has been progressing well.

When asked if PM Modi is satisfied with the level of cooperation and coordination on security issues between India and Saudi Arabia, he replied, "I believe that Asian powers like India and Saudi Arabia share similar security concerns in their neighbourhood. In that respect, I am happy that our cooperation, particularly in the field of counterterrorism, security and strategic issues, is progressing very well. My national security adviser just visited Riyadh for a very productive visit."

Speaking on Saudi Arabia being the leading supplier of oil to India and it wanting to retain its market share, PM Modi said that India imports around 18 per cent of its crude oil from the Saudi. He added that from a purely buyer-seller relationship, India is now moving toward a closer strategic partnership that will include Saudi investments in downstream oil and gas projects.

"India imports around 18 per cent of its crude oil from the Kingdom, making it the second-largest source of crude oil for us. From a purely buyer-seller relationship, we are now moving toward a closer strategic partnership that will include Saudi investments in downstream oil and gas projects.
We value the Kingdom’s vital role as an important and reliable source of our energy requirements. We believe that stable oil prices are crucial for the growth of the global economy, particularly for developing countries. Saudi Aramco is participating in a major refinery and petrochemical project on India’s west coast. We are also looking forward to the participation of Aramco in India’s Strategic Petroleum Reserves," said PM Modi.

When asked about the global economic outlook from the perspective of two G20 nations, PM Modi said, "The global economic outlook is strongly dependent on the path chartered by the large developing countries such as India. As I mentioned in my speech at the United Nations General Assembly (UNGA) in September, we sincerely believe that we need collective efforts, for the growth of all, with everyone’s trust. Economic uncertainty is an offshoot of unbalanced multilateral trade systems. Within the G20, India and Saudi Arabia have been working together to reduce inequality and promote sustainable development. I am happy to note that Saudi Arabia will be hosting the G20 Summit in 2020 and India will host it in 2022, which is also the 75th anniversary of our independence."

PM Modi also said that India’s relations with Saudi Arabia is "one of the most important bilateral relationships in our extended neighbourhood". "During this visit to Saudi Arabia, we are going to sign an agreement on a Strategic Partnership Council, which will begin a new era of cooperation across sectors. Our ties across various dimensions such as trade, investment, security and defence cooperation are robust and deep, and will only strengthen further."

He also said, "I am happy to share with you that during my visit this time, India and Saudi Arabia plan to enter into agreements in various areas, including defence, security, renewable energy etc. Other major initiatives include the proposal to launch the RuPay card in the Kingdom, which will facilitate payments and remittances by the Indian diaspora; integration of the e-Migrate and e-Thawtheeq portals, which will facilitate the process of migration of Indian labour into the Kingdom; and an agreement on training diplomats in our respective academies. India is known for its world-class capacity-building centres, and there are many initiatives to provide training to the Saudi youth in different fields. We are also discussing mutual cooperation in the field of space research."