India must refrain from taking any further illegal steps: Pakistan ahead of PM Narendra Modi's meeting with Jammu and Kashmir leaders

Pakistan said it would oppose any move by India to divide Kashmir and change its demography. 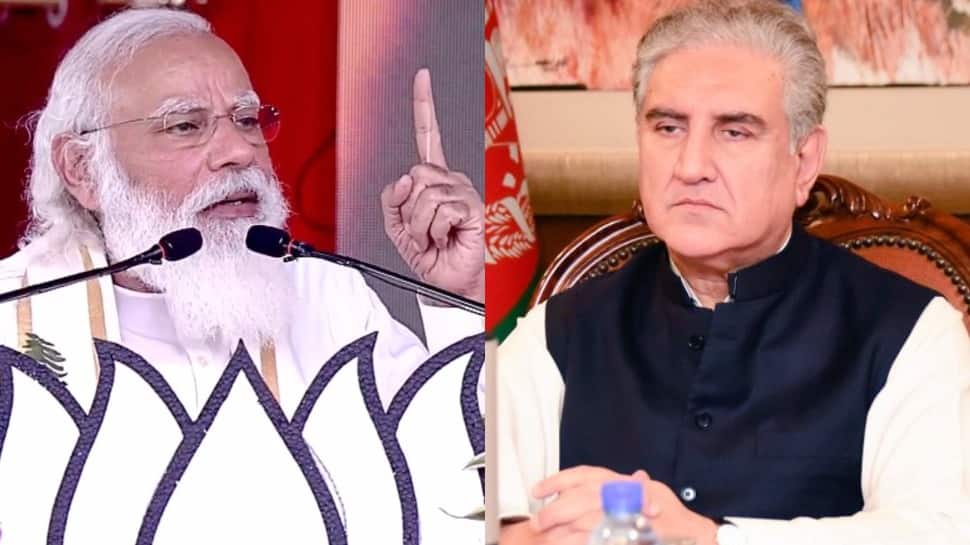 Islamabad: Pakistan said on Saturday (June 19, 2021) that it would oppose any move by India to divide Kashmir and change its demography.

Pakistan's Foreign Office said in a statement that Foreign Minister Shah Mahmood Qureshi has stated that India must refrain from taking any further illegal steps in Kashmir after its actions of August 5, 2019.

The Pakistani statement came on a day when the Indian government invited 14 political leaders from Jammu and Kashmir to participate in a high-level meeting to be chaired by Prime Minister Narendra Modi in New Delhi on June 24, which is expected to set the road map for holding assembly elections in the Union Territory.

Qureshi said Pakistan had resolutely opposed India's actions of August 5, 2019 and taken up the issue at all international fora, including the UN Security Council.

He reiterated Pakistan's resolve to oppose any Indian moves that sought to divide and bifurcate Jammu and Kashmir to change the demographic structure of the territory.

He noted that he had apprised the President of the Security Council and the UN Secretary General about India's possible moves.

Qureshi underlined that durable peace in South Asia can only be achieved by peacefully resolving the Jammu and Kashmir dispute in accordance with the relevant UNSC resolutions and the wishes of the Kashmiri people.

Tensions between India and Pakistan have spiked since New Delhi abrogated the Article 370 of the Constitution to revoke the special status of Jammu and Kashmir on August 5, 2019. India's decision evoked strong reactions from Pakistan, which downgraded diplomatic ties and expelled the Indian envoy.

India has categorically told the international community that the scrapping of Article 370 was its internal matter. It also advised Pakistan to accept the reality and stop all anti-India propaganda.

India has also told Pakistan that it desires normal neighbourly relations with Islamabad in an environment free of terror, hostility and violence.

The planned meeting on June 24 will be Prime Minister Modi's first interaction with all the political parties of Jammu and Kashmir since the Centre abrogated the special status of the state and bifurcated it into union territories.

The meeting is a result of back-channel talks that were being held with all the political parties from the union territory to decide on the next course of actions, including holding assembly elections as well as restoring statehood to Jammu and Kashmir.