Ministry of External Affairs Spokesperson Raveesh Kumar said at a media briefing on Saturday that an Indian Air Force MiG-21 Bison, piloted by Wing Commander Abhinandan Varthaman, shot down a Pakistan Air Force F-16 fighter aircraft and there are eyewitness accounts as well as electronic evidence for it. 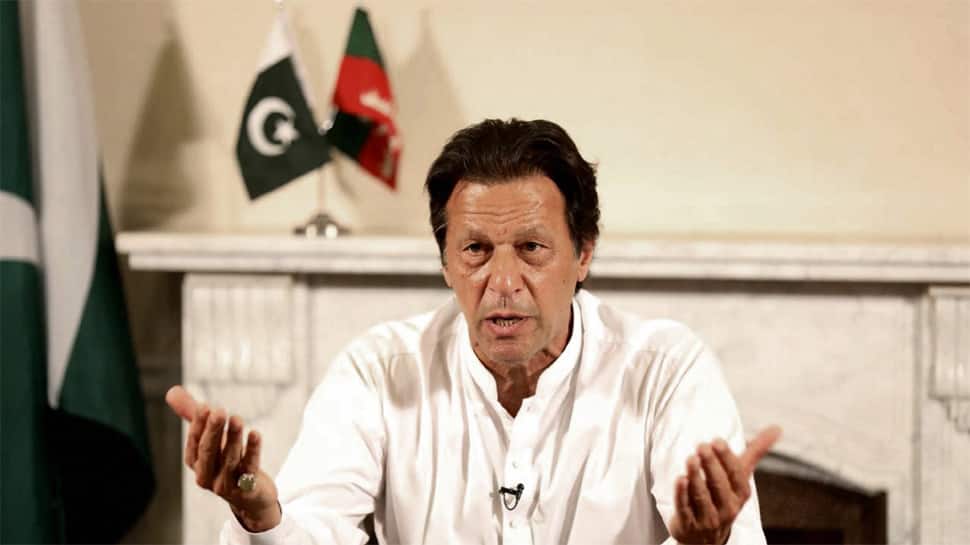 Islamabad: Pakistan has rejected as "completely baseless" India's assertion that a PAF F-16 fighter jet was shot down in a recent aerial combat between their air forces, saying the Indian government continues to "mislead" the people for domestic political mileage.

The Pakistan Foreign Office statement came after Ministry of External Affairs Spokesperson Raveesh Kumar said at a media briefing in New Delhi on Saturday that an Indian Air Force MiG-21 Bison, piloted by Wing Commander Abhinandan Varthaman, shot down a Pakistan Air Force F-16 fighter aircraft and there are eyewitness accounts as well as electronic evidence for it.

"The Indian government and the Indian media continue to spread disinformation to mislead the international community, and the Indian people, for domestic political gains, while trying to cover up its failures and resultant embarrassment," Pakistan Foreign Office (FO) said late Saturday.

"False claims of an Indian aircraft having shot down a Pakistani F16 are completely baseless, meant only to satisfy Indian domestic audience, but in the process they also exposed their lies one after another," it said.

New Delhi on Saturday also said that it had asked the United States to also examine whether the use of F-16s against India is in accordance with the terms and conditions of sale of the fighter planes to Islamabad.

The statement also rejected India's stand that Pakistan-based Jaish-e-Mohammed (JeM) was behind the Pulwama terror attack, which it said had "indigenous origin, including the use of local explosives and vehicle, miles away from the Line of Control."

It said the dossier sent by India on the suicide attack which killed 40 Central Reserve Police Force (CRPF) personnel was being looked into. "The dossier is being examined and update on it will be shared in due course," it said.

Tensions flared up between India and Pakistan after a suicide bomber of JeM killed 40 CRPF personnel in Kashmir's Pulwama district on February 14.

Amid mounting outrage, the Indian Air Force carried out a counter-terror operation, hitting the biggest JeM training camp in Balakot, deep inside Pakistan on February 26. The next day, Pakistan Air Force retaliated and downed a MiG-21 in an aerial combat and captured Indian pilot Varthaman, who was handed over to India on March 1.

The Foreign Office said the air intrusion and the airstrike near Balakot by the Indian Air Force was in complete violation of relevant provisions of the UN Charter and international law, as it constituted unlawful use of force against the territory of Pakistan. Pakistan in exercise of its right of self defence under the UN Charter exercised the legitimate use of force while staying within its air space, against two Indian aircraft that had intruded into Pakistani air space. As a consequence, both Indian aircraft were successfully shot down by the PAF, it said.

Pakistan claims it downed two Indian jets, and rejected the IAF's assertion that an F-16 aircraft was shot down by it during the dogfight.

"Only one aircraft was lost by us. If, as Pakistan claims, they have a video recording of the downing of a second Indian aircraft, why have they not shown it to the international media even after more than one week? Questions should be asked to them as to where the fuselage of the aircraft is and what has happened to the pilots? As we have already said, there are eyewitness accounts and electronic evidence that Pakistan deployed F-16 aircraft and that one F-16 was shot down by Wing Commander Abhinandan," Kumar said on Saturday.

The Foreign Office also said Pakistan stood in full moral, political, and diplomatic support as well as in solidarity with the people of Kashmir in their legitimate struggle for their right to self-determination and desires peaceful resolution of the Kashmir dispute in accordance with the aspirations of people of the State, as enshrined in the relevant UN Security Council Resolutions.

But Kumar said that India will remain resolute in its determination to persuade the international community of the necessity of compelling Pakistan to move beyond mere words and to show credible, verifiable and sustained actions against terror groups in the country.

The Pakistani statement said that after tackling the direct threat of terrorism, the efforts to root out extremism were underway since 2014 through National Action Plan.

The linking of ongoing anti-terrorism efforts to Pulwama terror attack was part of the Indian agenda for domestic political gains, the statement claimed.

All 157 people on board Ethiopian Airlines flight killed in crash