Aarti Tikoo Singh revealed that Pakistani terror group Lashkar-e-Taiba (LeT) had killed Kashmiri journalist Shujaat Bukhari as he was against the neighbouring country's interference in India's internal matters. She added that LeT had carried out the 26/11 Mumbai terror attacks too. 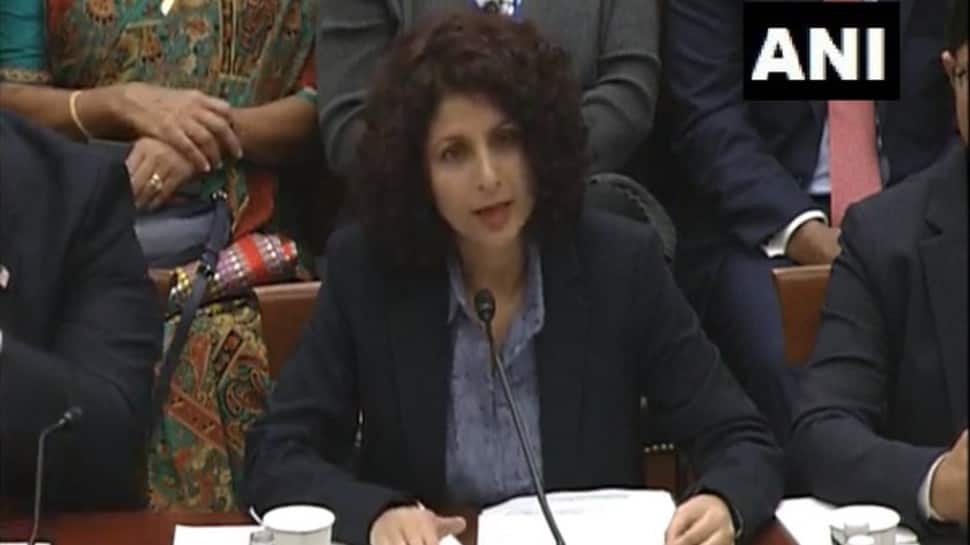 Pakistan's diabolic designs and support for terror groups active in Jammu and Kashmir along with the partisan coverage of human rights abuses in the Union Territory by international media was once again exposed by a senior Indian journalist during the United States of America House Foreign Affairs Committee hearing on Tuesday. Senior journalist Aarti Tikoo Singh tore into Pakistan pointing out that terrorists trained on its soils and sponsored by its agencies were behind the mayhem in Kashmir valley and elsewhere in the country.

According to her, international media and human rights activists had willingly ignored Pakistan's role in insitigating terror strikes Kashmir. "There is no human rights activist and press in world which feels it's their moral obligation to talk about victims of Pakistani terror in Kashmir. The 30 years of Islamic jihad and terror in Kashmir perpetrated by Pakistan has been completely ignored and overlooked by the world press," said Aarti Tikoo Singh.

She revealed that Pakistani terror group Lashkar-e-Taiba had killed Kashmiri journalist Shujaat Bukhari as he was against the neighbouring country's interference in India's internal matters. LeT terrorists had also carried out the November 2008 carnage in Mumbai (26/11 attacks) in which at least 166 Indian and foreigners were killed over a period of almost 60 hours in Maharashtra's capital.

"On June 14, 2018, Shujaat Bukhari was shot dead by Lashkar-e-Taiba in Srinagar, terror group banned by the US that perpetrated Mumbai terror attacks. Why did they kill him? Because Shujaat wanted Pakistan to end violence and human rights abuse in Kashmir, they killed him because he wanted peace," Aarti Tikoo Singh was quoted as saying by ANI during the US Congressional sub-committee hearing on 'Human Rights in South Asia.

Pakistan-trained terrorists had opened fire and killed Shujaat Bukhari, the editor of Rising Kashmir, on June 14, 2018, outside his office in Srinagar's Press Enclave. Jammu and Kashmir Police later cracked the case and exposed the hand of LeT terrorists in the assassination.