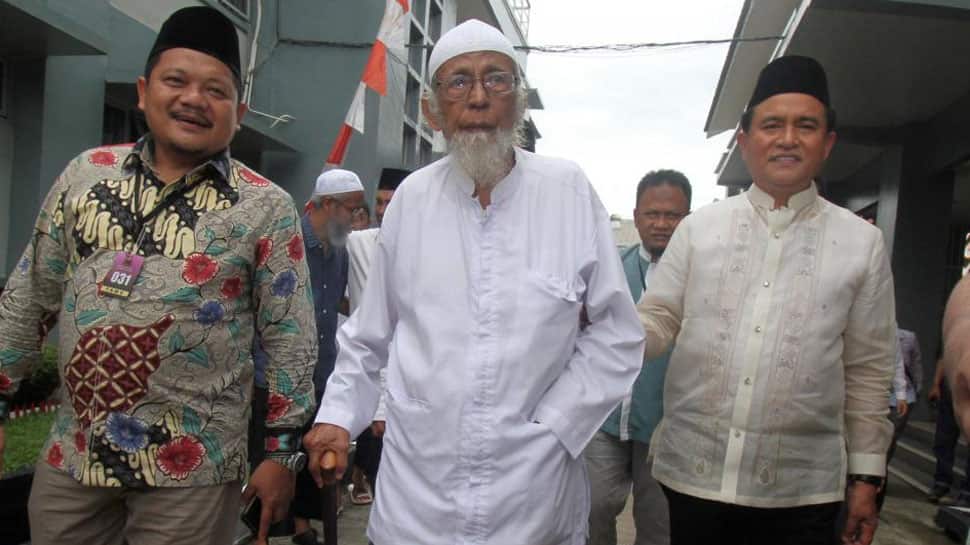 JAKARTA: Indonesia is considering a request by the family of a radical Muslim cleric linked to the 2002 Bali bombings, Abu Bakar Bashir, for his early release from jail, authorities said, after news of the plan provoked criticism.

Last week, President Joko Widodo said Bashir, 81, would be granted early release on humanitarian grounds, citing his old age and poor health. On Monday, Wiranto, the chief security minister, said the government was considering the release following a request from the preacher`s family.

"The president has ordered related officials to immediately conduct a deeper and more comprehensive examination to respond to the request," the minister, who uses one name, like many Indonesians, said in a statement.

Bashir, who is considered the spiritual leader of the Islamist group Jemaah Islamiah (JI), was convicted under anti-terrorism laws in 2010 for links to militant training camps in the province of Aceh, on the island of Sumatra, and jailed for 15 years. Although linked to the Bali bombings that killed more than 200 people, Bashir was not convicted for them. Many Australians were among the dead, however, and Canberra has urged against leniency for Bashir.

"We have been very clear about the need to ensure that as part of our joint counter-terrorism efforts … that Abu Bakar Bashir would not be in any position or in anyway able to influence or incite anything," Prime Minister Scott Morrison told reporters in Cairns in northeastern Queensland on Monday.

The Bali attack spurred Indonesia to set up its elite anti-terror unit Densus 88 or Detachment 88, which received funds and training from Australia and the United States. Criticism of Bashir`s early release also came from the opposition party, Gerindra, with media quoting a senior party official as saying the release would be a "political manoeuvre" to gain Islamists` votes.
The Jakarta Post newspaper said Widodo`s decision was "poorly timed, legally flawed and insensitive."