Iran calls for unity to expel US troops from Middle East

To end this situation, Shamkhani said that "the withdrawal of the US will happen through the unity of the countries and governments of the region". 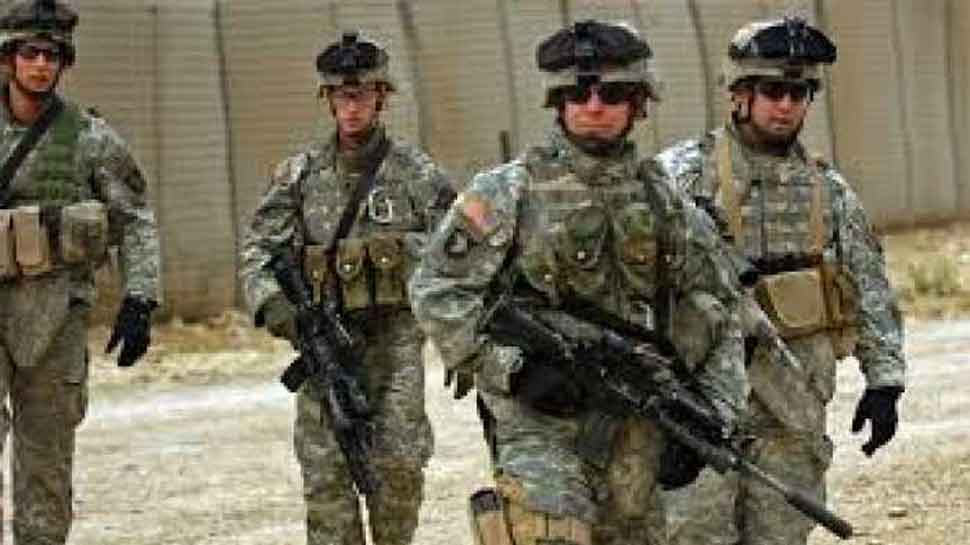 Tehran: Iranian authorities have called on the region`s countries to unite to expel US troops from the Middle East. The call came during a visit by a Syrian delegation headed by Prime Minister Imad Khamis to Tehran on Monday, reports Efe news.

"As long as US terrorist forces are present in West Asia, the region will not achieve peace or security," Ali Shamkhani, the Secretary of the Supreme National Security Council of Iran, told Khamis.

To end this situation, Shamkhani said that "the withdrawal of the US will happen through the unity of the countries and governments of the region". "The presence and interference of the United States have caused instability, especially in Iraq and Syria," Iranian First Vice President Eshaq Jahangiri said. The expulsion of US troops, therefore, is "the best revenge", Jahangiri said.

Syria is part of the so-called Axis of Resistance against the US and Israel led by Iran and comprises Lebanon`s Hezbollah, Iraq`s Popular Mobilization Forces militia and the Palestinian Hamas movement. Iran and some of these groups have vowed revenge for the January 3 killing of Iranian Major General Qasem Soleimani in a US drone attack near the Baghdad airport. "Without a doubt, the martyrdom of Gen. Soleimani will make the Axis of Resistance more determined in its fight," Shamkhani said.

Iranian Parliament Speaker Ali Larijani expressed the same view during his meeting with Khamis. As the head of the elite Quds Force, a branch of the Islamic Revolutionary Guards Corps, Soleimani had for years spread Iran`s influence across the wider Middle East, strengthening Shia militias from Lebanon to Iraq.

Khamis posthumously awarded Syria`s highest military medal to Soleimani, noting that the honour reflected "the deep affection" of al-Assad for the late Iranian general. The Syrian official also thanked Iran for its support in eradicating terrorism in Syria and called for strengthening economic and trade relations at a time when Iranian companies are seeking huge contracts to rebuild the Arab country.

In retaliation for Soleimani`s killing, Iran on January 8 launched a missile attack on an air base in Iraq housing US troops, sparking fears of a wider conflict and leading countries that have good relations with Tehran and Washington to mediate in a bid to ease tensions.

Oldest stuff on Earth found inside meteorite that hit Australia