Iran claims it shot down US 'spy' drone over its territory, America denies

The reported shootdown has taken place at a time when tensions between Tehran and America have been rising over its collapsing nuclear deal. 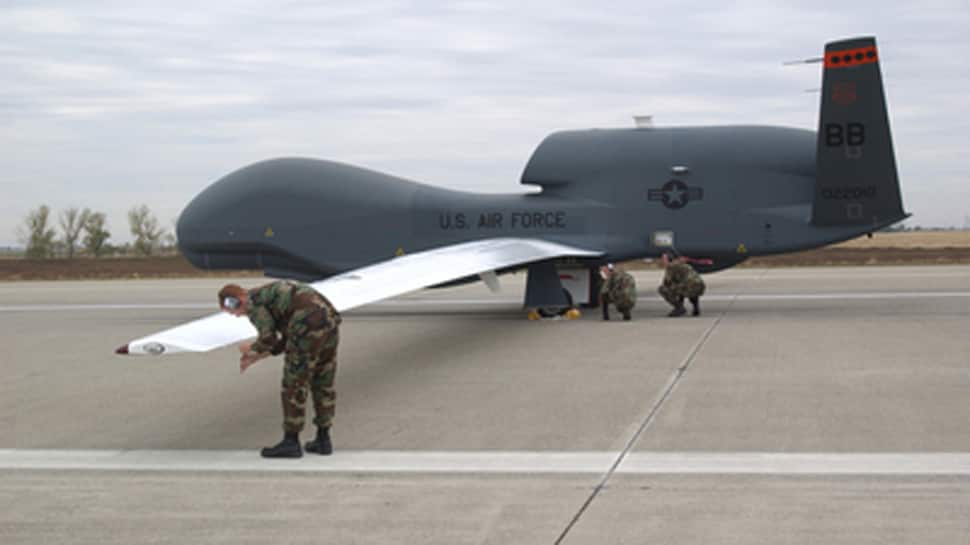 Iran has shot down a US 'spy' drone over its territory after it violated Iranian airspace, its Revolutionary Guard said on Thursday. As per reports, a US-made Global Hawk surveillance drone was brought down by Iran Air Force in the country's southern coastal province of Hormozgan. Iran has identified the drone as an 'RQ-4 Global Hawk'.

However, America has rejected the claims. "No US aircraft were operating in Iranian airspace today," Navy Captain Bill Urban, a spokesman for the US military's Central Command, was reported as saying shortly before midnight on Wednesday. The US had recently claimed that Iran had tried to shoot down an American drone last week as well as a successful shootdown of one on June 6 by Iran-aligned Houthi forces in Yemen.

The RQ-4 Global Hawk unmanned aircraft system (UAS) can fly at high altitudes for more than 30 hours, gathering near-real-time, high-resolution imagery of large areas of land in all types of weather, maker Northrop Grumman says on its website.

Concerns about a confrontation between Iran and the US rose after an attack on two oil tankers in the Gulf of Oman last week and four tankers off the United Arab Emirates on May 12. While the US and its regional ally Saudi Arabia have blamed Iran for the incidents, Iran has denied responsibility. Strait of Hormuz, where both the attacks took place, is a major conduit for global oil supplies.

While Trump has said that he does not seek war with Iran, the US military has sent forces, including aircraft carriers, B-52 bombers, and troops to the Middle East.