In the video, a bearded man with Baghdadi's appearance sitting cross-legged on the floor gives an 18-minute address. 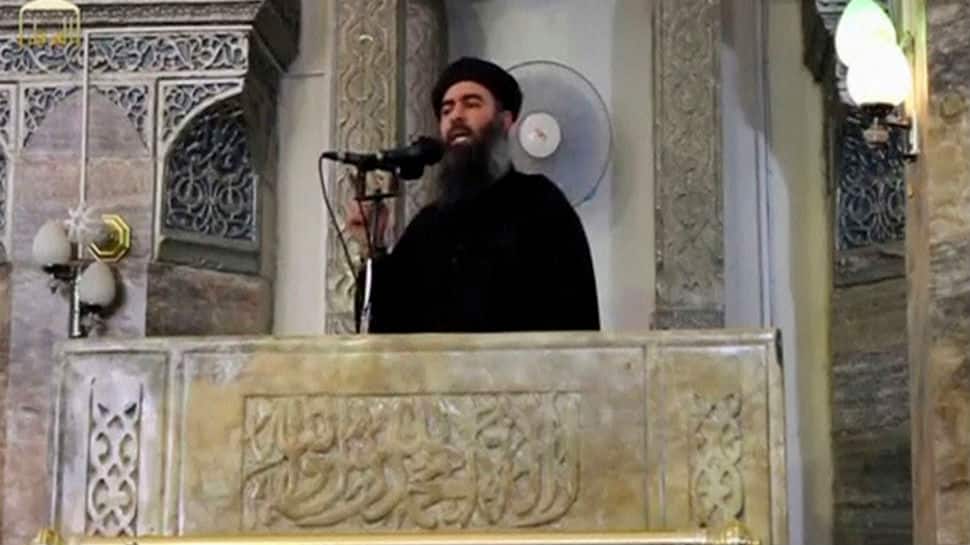 File photo: Still image taken from video of a man purported to be the reclusive ISIS leader Abu Bakr al-Baghdadi making what would be his first public appearance at a mosque in Mosul (Courtesy: Reuters)
Share:
Updated:
Apr 29, 2019, 23:49 PM IST
Source:
Reuters

CAIRO: Islamic State`s media network published on Monday a video message purporting to come from its leader Abu Bakr al-Baghdadi in what would be his first appearance since declaring the jihadists` now-defunct "caliphate" five years ago.

In the 18-minute video from the Al Furqan network, a bearded man with Baghdadi`s appearance says the recent Easter bombings in Sri Lanka were IS`s response to losses in its last territorial stronghold of Baghouz in Syria.

The group will seek revenge for militants jailed and killed, he says.

The video would be the first from Baghdadi since he was filmed in the Iraqi city of Mosul in 2014, though more recent speeches have been released as audio recordings.

Written script at the start of the video dates it to earlier in April, and he can be seen sitting cross-legged on the floor giving an address to several aides with their faces covered.

The speaker looks like a slightly older version of Baghdadi than when he was pictured in 2014, addressing followers from a pulpit to declare a caliphate stretching across Iraq and Syria.

In the footage released on Monday, he is dressed in black robes and a beige waistcoat, with a long greying beard dyed red at the bottom. The authenticity and date of the recording could not be independently verified.

There had been conflicting reports over whether Baghdadi, an Iraqi, is still alive. But security sources have recently said he is thought to be hiding out in remote areas of Syria or Iraq.