A Bengali Islamic State (IS/ISIS)-aligned media group on Tuesday released a poster threatening to carry out terror attacks in Bangladesh and India, stating that the terror group's thirst for revenge against you will never decrease.

A Bengali Islamic State (IS/ISIS)-aligned media group on Tuesday released a poster threatening to carry out terror attacks in Bangladesh and India, stating that the terror group's thirst for revenge against you will never decrease.

The posters released by Al Mursalat in Bengali, English and Hindi names Abu Muhammad al-Bengali as the new leader or 'ameer' of ISIS Bangladesh. 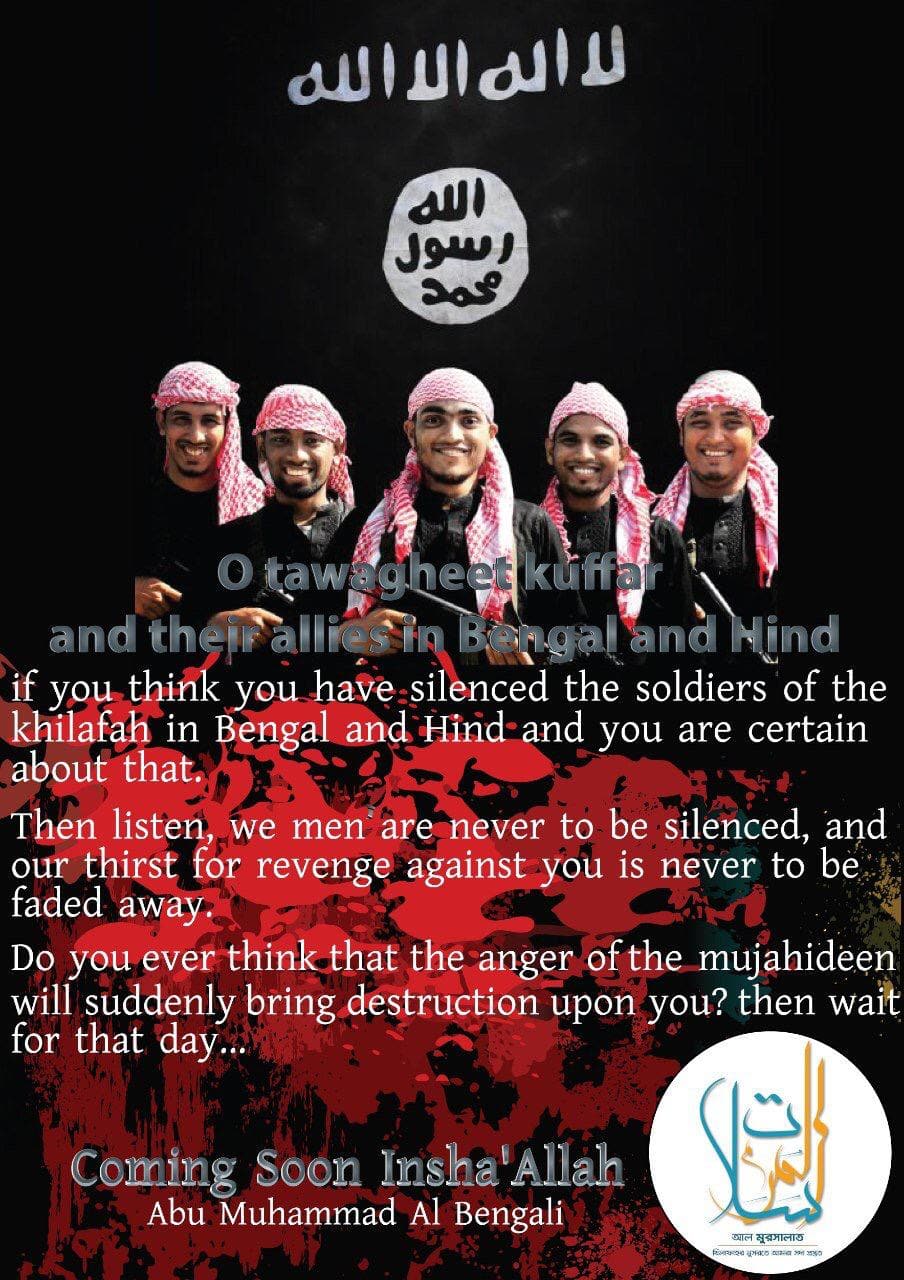 The posters were released just a day after Islamic State`s media network published a video message from its leader Abu Bakr al-Baghdadi.  The 18-minute video from the Al Furqan network shows a bearded man with an appearance like Baghdadi and claiming that the recent Easter bombings in Sri Lanka were a response to the losses faced by the terror group in its last territorial stronghold of Baghouz in Syria.

In the video, the can be heard saying that the group will seek revenge for militants jailed and killed. The video has left everyone surprised because it is believed to the first from the reclusive IS leader since he was filmed in the Iraqi city of Mosul in 2014. Baghdadi's more recent speeches have been released as audio recordings.

There is a written script at the start of the video which claims that it was recorded in April. In the video, the bearded man can be seen sitting cross-legged on the floor giving an address to aides.

In the latest video, Baghdadi is wearing a black robe and a beige waistcoat. The authenticity of the video could not be independently verified. Few months ago it was reported that Baghdadi had died in airstrikes in Syria but security sources recently said he is alive and living in remote areas of either Syria or Iraq.