The suspect lived in a two-bedroom home in Mesquite, Nevada, some 80 miles from Las Vegas, police said. 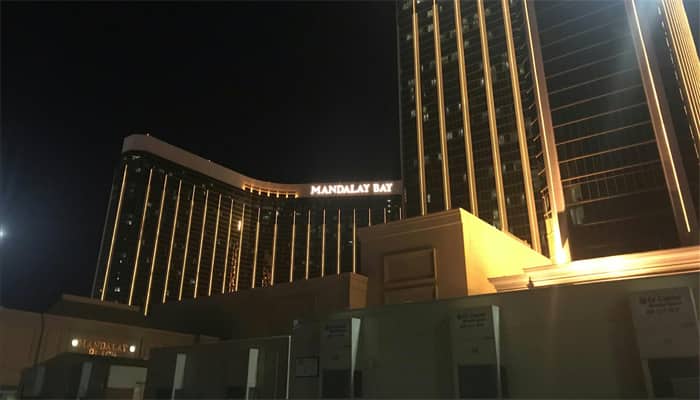 Las Vegas: The Islamic State group on Monday claimed responsibility for the mass shooting at a Las Vegas music concert in which at least 58 people were killed and over 500 injured, a media report said.

Citing an ISIS propaganda agency, the AFP reported that the terror outfit has claimed responsibility for Sunday night's horrific attack.

"The executor of the Las Vegas attack is a soldier of the Islamic State," the news agency quoted ISIS propaganda outlet Amaq as saying.

He carried out the attack in "response" to calls to target countries engaged in military action against jihadists, Amaq said but gave no proof to back its claim.

The fatalities took place when 64-year-old Stephen Paddock opened fire on a crowd at a music festival from a nearby hotel. He was found dead with gunshot wounds.

An initial probe showed Paddock was travelling with a female companion named Marilou Danley hours before the attack. A search is currently on to nab Danley.

Paddock lived in a two-bedroom home in Mesquite, Nevada, some 80 miles from Las Vegas, police said.

The suspect's brother, Eric Paddock, said the family was stunned by the news.

Police said Paddock may have acted on his own as he was not found to be connected with any terror organisation.

Authorities have also found several weapons in Paddock's hotel room on the 32nd floor of the Mandalay Bay Resort and Casino after the Sunday's mass shooting, considered deadliest in modern US history.