Baghdadi had long been a target for U.S. and regional security forces trying to eliminate Islamic State, even as they reclaimed most of the territory the group once held. The Islamic State or caliphate that Baghdadi declared in July 2014 over a quarter of Iraq and Syria was notable for atrocities against religious minorities and attacks on five continents in the name of a version of an ultra-fanatic Islam that horrified mainstream Muslims. 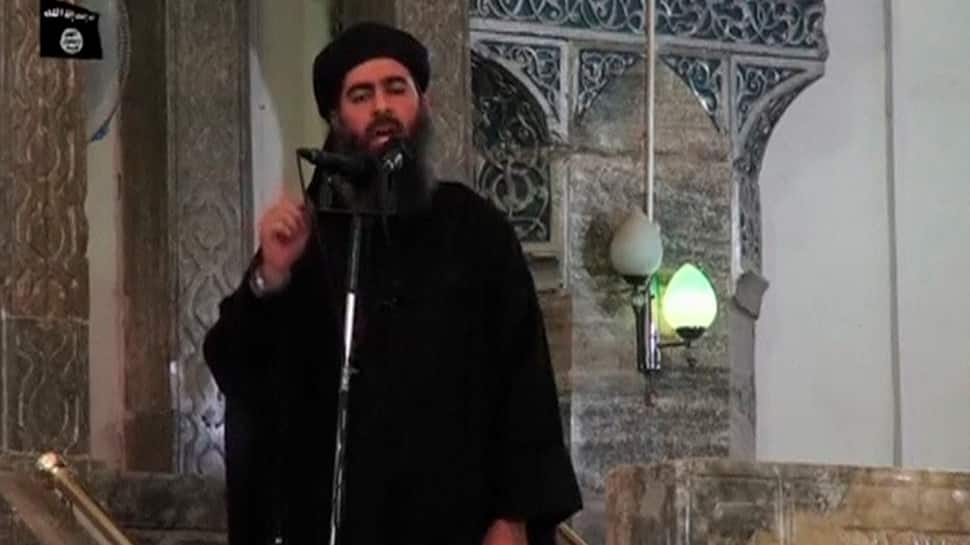 BAGHDAD: Abu Bakr al-Baghdadi, the Iraqi jihadist who rose from obscurity to declare himself "caliph" of all Muslims as the leader of Islamic State, has died in a raid by U.S. special forces in northwest Syria. U.S. President Donald Trump said in a televised address from the White House that Baghdadi killed himself during the raid by igniting a suicide vest. Test results from the aftermath of the raid had positively identified Baghdadi, he said.

Baghdadi had long been a target for U.S. and regional security forces trying to eliminate Islamic State, even as they reclaimed most of the territory the group once held. The Islamic State or caliphate that Baghdadi declared in July 2014 over a quarter of Iraq and Syria was notable for atrocities against religious minorities and attacks on five continents in the name of a version of an ultra-fanatic Islam that horrified mainstream Muslims.

The genocide of Yazidis, adherents of one of the Middle East`s oldest religions, illustrated the brutality of his rule. Thousands of men were slaughtered in their ancestral Sinjar mountain in northwestern Iraq and women were killed or taken as sex slaves. Some other religious groups suffered sexual slavery, slaughter and floggings. The group also caused global revulsion with beheadings of hostages from countries including the United States, Britain and Japan.

The United States put up a $25 million reward for his capture, the same amount as it had offered for al Qaeda leader Osama bin Laden and his successor Ayman al-Zawahri. U.S. airstrikes had already killed most of Baghdadi`s top lieutenants, including Abu Omar al-Shishani, Abu Muslim al-Turkmani, Abu Ali al-Anbari, Abu Sayyaf and the group`s spokesman Abu Mohammed al-Adnani. Thousands of his fighters were also killed or captured.

Baghdadi was born Ibrahim Awad al-Samarrai in 1971 in Tobchi, a poor area near the town of Samarra, north of the Iraqi capital Baghdad, whose name he took. His family included preachers from the ultra-conservative Salafi school of Sunni Islam, which sees many other branches of the faith as heretical and other religions as anathema. He joined the Salafi jihadist insurgency in 2003, the year of the U.S.-led invasion of Iraq, and was captured by the Americans. They released him about a year later, thinking he was a civilian agitator rather than a military threat.

It was not until July 4, 2014, that he seized the world`s attention, climbing the pulpit of Mosul`s medieval al-Nuri mosque in black clerical garb during Friday prayers to announce the restoration of the caliphate. "God ordered us to fight his enemies," he said in a video of the occasion, which presented him as "Caliph Ibrahim, commander of the faithful". Thousands of volunteers flocked into Iraq and Syria from around the world to become "Jund al-Khilafa" - soldiers of the caliphate and join him in his fight against the Shi`ite-led Iraqi government and its U.S. and Western allies.

`MAKE THEIR BLOOD FLOW AS RIVERS`

At the height of its power in 2016, Islamic State ruled over millions of people in territory running from northern Syria through towns and villages along the Tigris and Euphrates river valleys to the outskirts of Baghdad. The group claimed responsibility for or inspired attacks in dozens of cities including Paris, Nice, Orlando, Manchester, London and Berlin, and in nearby Turkey, Iran, Saudi Arabia and Egypt.

In Iraq, it staged dozens of attacks on predominantly Shi`ite Muslim areas. A truck bomb in July 2016 killed more than 324 people in a crowded area of Baghdad, the deadliest attack since the 2003 U.S.-led invasion of Iraq. The group also carried out many bombings in northeast Syria, which has been under the control of U.S.-backed Kurdish forces. Most of Baghdadi`s speeches were distributed as audio recordings, a medium better suited to the secretive, careful character that for a long time helped him evade the surveillance and airstrikes that killed more than 40 of his top commanders.

That caution was matched by ruthlessness as he eliminated opponents and former allies, even within Salafi jihadist ranks. He waged war on al Qaeda`s Syrian wing, the Nusra Front, breaking with the movement`s global leader, al-Zawahri, in 2013. But by the time of his death in the raid this weekend, his fortunes - and those of Islamic State - were in rapid decline. With the defeat of Islamic State in its stronghold Mosul, which he declared as the capital of his caliphate, in 2017 the movement lost all the territory it once controlled in Iraq. In Syria, Islamic State lost Raqqa, its second capital and centre of operations, and eventually earlier this year its final chunk of territory there when U.S.-backed Kurdish-led forces took back Baghouz.

While the destruction of the quasi-state that Baghdadi built has denied the group its recruiting tool and logistical base from which it could train fighters and plan coordinated attacks overseas, most security experts believe Islamic State remains a threat through clandestine operations or attacks.

Islamic State is believed to have sleeper cells around the world, and some fighters operate from the shadows in Syria`s desert and Iraq`s cities, still launching hit-and-run attacks. In his most recent audio message, in September, Baghdadi put on a brave face, saying operations were taking place daily and urging followers to secure freedom for women jailed in Iraq and Syria over their alleged links to the group.

"As for the worst and most important matter, the prisons, the prisons, oh soldiers of the caliphate. Your brothers and sisters; do your utmost to free them and tear down the walls restricting them," Baghdadi said. But the loss of territory in Iraq and Syria stripped him of the trappings of the caliph and made him a fugitive in the desert border area between the two countries. He was forced to travel incognito in ordinary cars or farm pick-up trucks between hideouts on both sides of the border, escorted only by his driver and two bodyguards.

The region was familiar territory to his men. It was the hotbed of the Sunni insurgency against first the U.S. forces in Iraq and then the Shi`ite-led governments that took over the country. Fearing assassination or betrayal, he was not able to use phones and trusted only a handful of couriers to communicate with his two main Iraqi aides, Iyad al-Obaidi, his defence minister, and Ayad al-Jumaili, his security chief. The two had been believed to be among the likely candidates to succeed Baghdadi, but Jumaili was killed on April 2017 and Obaidi`s whereabouts are unknown. In any case, their military background and lack of religious credentials mean that any of Baghdadi`s deputies would struggle to inherit his claims to be caliph.