The airport named after an Israeli astronaut lost in 2003 space shuttle disaster and his son, died in 2009 air force accident. 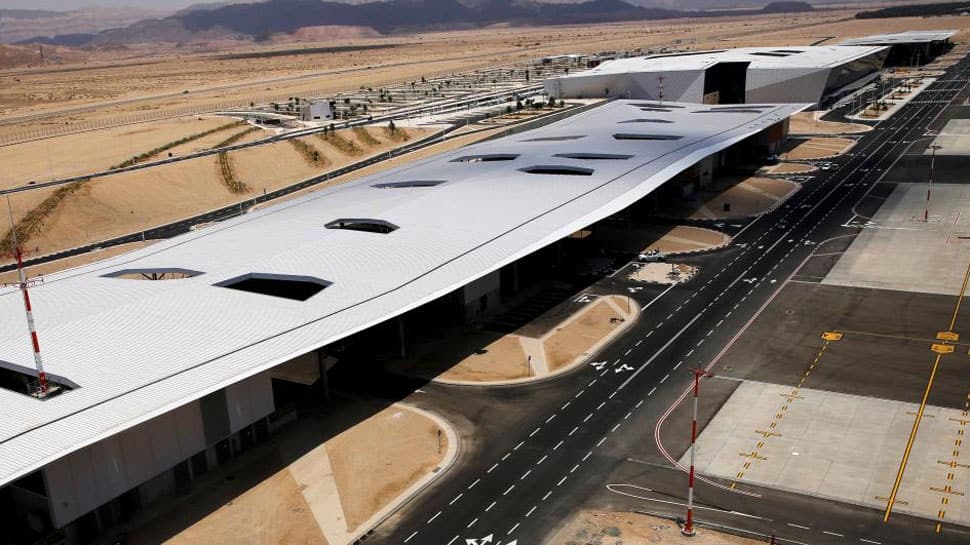 ISRAEL: Israel opened a new international airport outside its Red Sea resort of Eilat on Monday, hoping to boost winter tourism from Europeans and provide an alternative for times of conflict to its main gateway in Tel Aviv. Abutting the Jordanian border some 19 km (12 miles) north of Eilat, Ilan and Asaf Ramon Airport cost $500 million and will replace the city`s cramped municipal airport as well as Ovda, an Israeli desert airbase that also accommodates civilian traffic.

Named after an Israeli astronaut lost in the 2003 space shuttle disaster and his eldest son, who died in a 2009 air force accident, the single-runway Ramon is designed for wide-body planes and an annual capacity of 2.5 million passengers.

Jordan and Egypt, Red Sea neighbours which both have peace treaties with Israel, may also benefit from transit tourists landing there, Israeli officials say. "It (Ramon) is going to be a regional airport and if some of our tourists are going to Aqaba and Taba, that’s great," Chanan Moscowitz, head of Eilat-area airport operations, told Reuters, referring to the Jordan and Egyptian border terminals. "It means that the area is quiet."

Ramon is designed to take any planes re-routed from Ben Gurion Airport near Tel Aviv - a lesson of the 2014 Gaza war, when foreign carriers briefly halted flights there because of Palestinian rocket fire. Israel worries that Ben Gurion could also be targeted by Lebanese Hezbollah rocketeers.

Ramon is 200 km (124 miles) from Gaza and 370 km (230 miles) from Lebanon. It is at a safe remove from Islamist insurgents in the Egyptian Sinai who have fired short-range rockets at Eilat in the past, and has a security fence billed as a precaution against shoulder-fired missile attacks from Jordan.

Eilat has seen a big revival in tourism since 2015, when Israel offered airlines 60 euros ($70) per passenger brought on direct flights from abroad to Ovda. Taxes and fees were also scrapped for three years to lower fares.

That lured airlines such as Ryanair - which has a 50 percent market share to Eilat for its winter flights - and Wizzair, which is next at 18 percent. Lufthansa began nonstop flights to Eilat in October. Moskowitz said foreign tourism to Eilat doubled over the last two years. Tourism from Russia, Hungary, Poland and Lithuania, via Ovda airport, has been especially brisk.