Israel`s Channel 12 TV news reported that initial results showed Netanyahu won a landslide victory with about 70 per cent of the votes while his rival, Gideon Saar, won about 30 per cent. 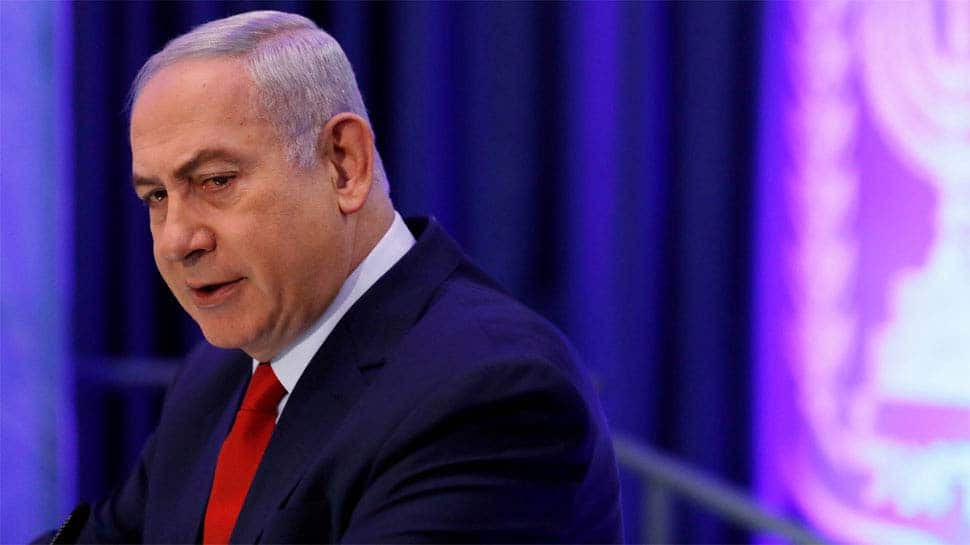 The results secured Netanyahu`s place at the helm of the Likud party ahead of the upcoming national elections on March 2, Xinhua reported.

"With the help of God and with your help," he told his supporters. "I will lead the Likud for a great victory in the elections and will continue to lead Israel to great achievements."

Israel`s Channel 12 TV news reported that initial results showed Netanyahu won a landslide victory with about 70 per cent of the votes while his rival, Gideon Saar, won about 30 per cent.

Final results are expected on Friday morning, said a spokesman for the Likud.

Likud members cast their ballots on Thursday to decide who will lead the party in the next national elections: Netanyahu or Saar, a Likud lawmaker and the first significant challenger of Netanyahu`s more than decade-long rule.

Earlier in December, Saar, 53, announced that he will run against Netanyahu, 70.

The embattled leader is facing criminal indictments in three separate corruption scandals, in which he is charged with bribery, fraud, and breach of trust. He denies any wrongdoing and says the charges are part of "a witch-hunt".

The unprecedented national elections will be the third time Israelis would cast their ballots in less than a year, amid political deadlock that has paralysed the Israeli political system over the past months.