Italian police have seized a large arsenal of weapons, including an air-to-air missile, in raids on neo-Nazi sympathisers, they said on Monday. 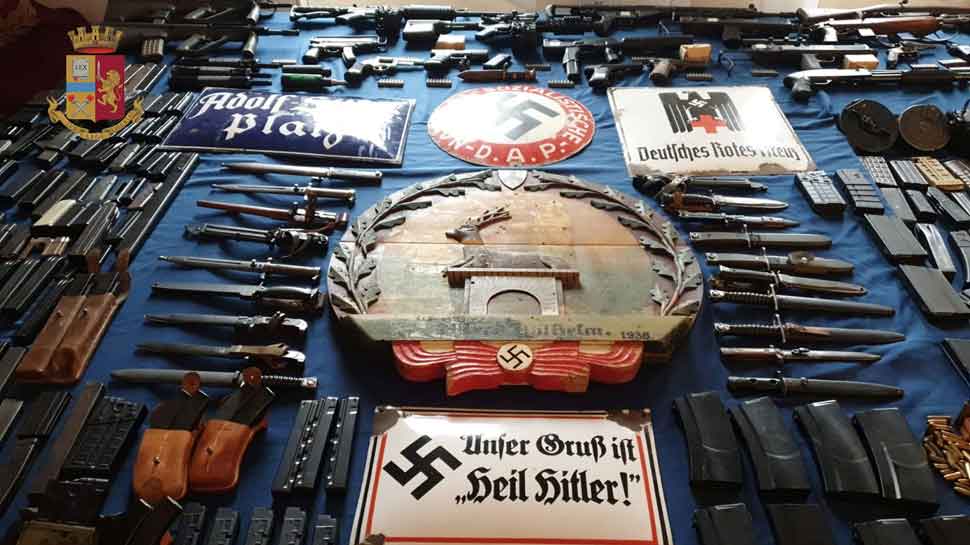 ROME: Italian police have seized a large arsenal of weapons, including an air-to-air missile, in raids on neo-Nazi sympathisers, they said on Monday.

Elite police forces searched properties across northern Italy following an investigation into Italians who had fought alongside Russian-backed separatist forces in eastern Ukraine, a police statement said. Three men were arrested, including a customs officer who has previously stood for parliament for an extreme right party.

During their raids, police discovered a French-made Matra air-to-air missile that appeared to have once belonged to the Qatar armed forces. Subsequent checks showed the weapon was in working condition but lacked an explosive charge.

Police said the suspects had tried to sell the missile in conservations with contacts on the WhatsApp messaging network.

Among other weapons uncovered were 26 guns, 20 bayonets, 306 gun parts, including silencers and rifle scopes, and more than 800 bullets of various calibres. The arms were primarily from Austria, Germany and the United States.

Police also seized Nazi memorabilia from the properties. "The police investigation ... came into being because of the activities of some Italian fighters with extremist backgrounds who had taken part in the armed conflict in the Ukrainian region of Donbass," the police statement said.

More than 10,000 people have been killed since 2014 in fighting between pro-Russian separatists and Ukrainian forces in eastern Ukraine.