His case sparked protests in support and condemnation of a politician once tipped for the presidency in the world`s largest Muslim-majority nation. 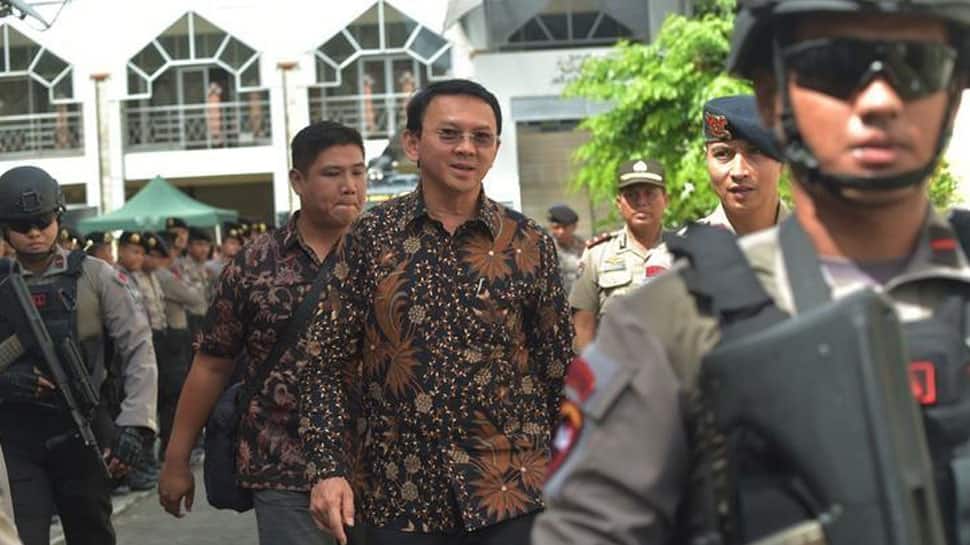 Jakarta: The former Governor of the Indonesian capital was released from prison on Thursday after serving his two-year sentence for insulting Islam.

Basuki Tjahaja Purnama, popularly known as Ahok, is a Christian and was Jakarta`s first non-Muslim governor in 50 years. He was controversially jailed in May 2017 after a court found him guilty of blasphemy for a comment he made while campaigning for re-election.

His case sparked protests in support and condemnation of a politician once tipped for the presidency in the world`s largest Muslim-majority nation.

Ahok walked free from the high-security Mako Brimob detention facility in Depok, West Java, early morning after receiving more than three months` in remissions. He was greeted by supporters who had gathered outside the detention centre to meet him, the Guardian reported.

Ahok`s jailing was widely slammed by rights groups, with critics saying the sentence was a blow to religious tolerance and free speech, while others said the Indonesian judiciary had surrendered to mob rule. In the September 2016 speech, Ahok said that Islamic leaders were trying to trick voters by using a verse in the Quran to argue that Muslims should not vote for a non-Muslim leader.

Later, an edited footage of Ahok`s comments, which made it appear he had directly insulted the Quran rather than the conservative Islamic clerics citing it, spread quickly in 2017, sparking huge Islamist-inspired political rallies seeking his trial.

In his last public letter from jail, the former Governor said he wanted to start a new chapter in his life and urged his supporters to now call him by his initials BTP instead of Ahok.