The US and Japan agreed in principle on Sunday to core elements of a trade deal that U.S. President Donald Trump and Prime Minister Shinzo Abe said they hoped to sign in New York next month. 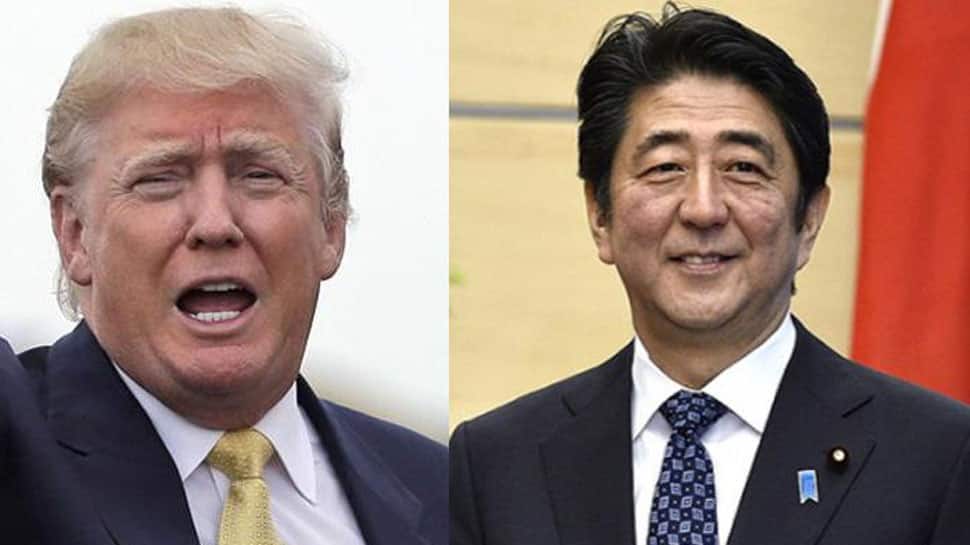 TOKYO: Japan`s top government spokesman denied on Monday that Tokyo made too many concessions in trade talks with the United States, saying the fact the two countries were able to reach a broad agreement was "very valuable."

The United States and Japan agreed in principle on Sunday to core elements of a trade deal that U.S. President Donald Trump and Prime Minister Shinzo Abe said they hoped to sign in New York next month.

The agreement, if finalised, would cool a trade dispute between the two allies just as a trade war between the United States and China escalates, but some Japanese commentators say Tokyo gave up too much.

At a news conference in Tokyo, Chief Cabinet Secretary Yoshihide Suga was asked if the United States had dropped its threat to impose additional tariffs on Japanese automobiles.

"Negotiations are still under way so I`d like to refrain from commenting," Suga told reporters.

"But I believe that won`t be the case," he added, because the two countries` leaders had confirmed, including at a summit in September, that Washington would not impose higher tariffs on auto and auto parts while trade talks were under way.

"Japan and the U.S. have negotiated based on the joint statement last September. And related ministers agreed based on that, so it was very valuable," Suga said.

At the G7 summit in France, U.S. Trade Representative Robert Lighthizer said the deal, which covered agriculture, industrial tariffs and digital trade, would open up Japanese markets to U.S. goods and lead to a substantial reduction in tariffs such as on beef.

Lighthizer said Japan imports about $14 billion worth of U.S. agricultural products and added the agreement would open up markets to over $7 billion of such products. He said beef, pork, wheat, dairy products, wine, and ethanol would benefit.

The Nikkei newspaper reported on Saturday that Japan has agreed to cut its tariffs on U.S. beef and pork to the levels applied to members of the Trans-Pacific Partnership (TPP) agreement. Trump pulled the U.S. out of the TPP, which had been championed by his predecessor, Barack Obama.

Trump said on Sunday Japan had agreed to buy excess U.S. corn that is burdening farmers as a result of the tariff dispute between Washington and Beijing.

Abe referred to a potential purchase of the corn and said it would be handled by the private sector. "It`s a very big transaction, and we`ve agreed in principle. It`s billions and billions of dollars. Tremendous for the farmers," Trump told reporters about the deal during a joint announcement with Abe at the G7 meeting in France.

The Japanese leader said more work remained, but he expressed optimism that it would be finished by the time of the United Nations General Assembly next month.