Calling for international intervention at a news conference on Tuesday, Imran Khan said that the situation in Kashmir is just the beginning and it will be the first time since the 1962 Cuban missile crisis that two nuclear-armed countries will be facing off. "This has the possibility of the unthinkable," he said, categorically adding that "we can't attack India - that is not an option." 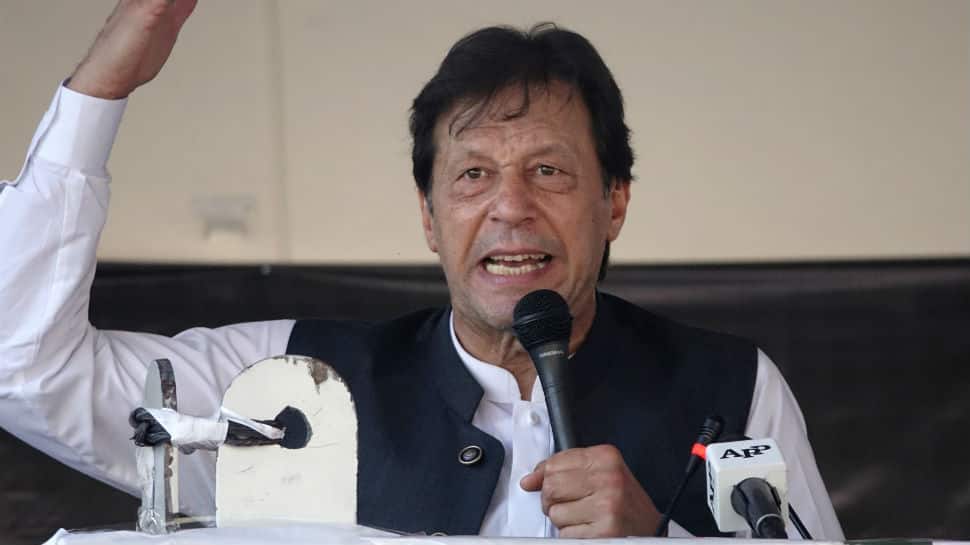 New Delhi: Boxed into a corner and left with almost zero support worldwide, Pakistan Prime Minister Imran Khan is still not ready to accept the fact that his country stands no chance against India. In the United States of America for the United Nations General Assembly (UNGA), Imran Khan has once again bluntly issued triple threats to the world if pressure is not put on India over Kashmir. Risk of a nuclear war, the radicalisation of Muslims around the world and a bloody uprising in the area will take place, Imran reiterated on Tuesday in New York.

His bluster came after Prime Minister Narendra Modi and US President Donald Trump held a bilateral meeting on Tuesday on the sidelines of the UNGA.

Calling for international intervention at a news conference on Tuesday, the Pakistan PM said that the situation in Kashmir is just the beginning and it will be the first time since the 1962 Cuban missile crisis that two nuclear-armed countries will be facing off, IANS reported.

"This has the possibility of the unthinkable," he said, categorically adding that "we can't attack India - that is not an option."

When asked about the possibility of talks with PM Modi, he said that his Indian counterpart had refused his offers of discussion before August 5 - the day India revoked Article 370 from Jammu and Kashmir and ended the former state's special status- and it was not possible now. He laid down two pre-conditions for a dialogue: lift what he said was the "curfew" in Kashmir and reinstate Kashmir's special status under Article 370.

Pakistan has been crying foul over Indian's decision to abrogate Article 370, which granted special status to Jammu and Kashmir and bifurcation of the state into two Union Territories - Jammu & Kashmir and Ladakh.

Since Khan arrived in the US for UNGA, he has been grabbing headlines for his anti-India statements. In a media interaction, he said that he was more concerned about the prevailing situation in India than his own country. He urged world powers to "act before it's late". Targeting PM Modi's government at the Centre, Khan said that developments in India in the past six years were "frightening".
"I am going to speak, I am speaking to the heads of state. I have just spoken to (UK) Prime Minister Boris Johnson. I will speak to Donald Trump. I will speak to other leaders. I'll try my best that the world must intervene before this goes too far," Khan asserted.

Meanwhile, in a joint press conference with Trump on Monday, Khan was left red-faced when the US President mocked one of the Pakistani journalists, who had asked a question about India's move to abrogate Article 370.

"Are you from his (Imran Khan) team?" Trump asked as the journalist repeatedly asked the question. The US President later directed a question to Khan, asking, "Where do you get reporters like these?"
During the same meeting, Trump also told Khan that he lives in a very friendly neighbourhood when the latter spoke about matters related to Afghanistan, India and Kashmir.

And, in a diplomatic blow to Pakistan, Trump also said that he was willing to mediate on Kashmir issue but stressed that he will do it only if both India and Pakistan want him to act as a mediator. "I am ready, willing and able. It's a complex issue. It's been going on for a long time. But if both want it, I will be ready to do it," Trump said.