Jordan has accused former crown prince Hamzah bin Hussein, the half-brother of the country's ruler King Abdullah II, of hatching a plot to "destabilize" the kingdom, according to a Bloomberg report. 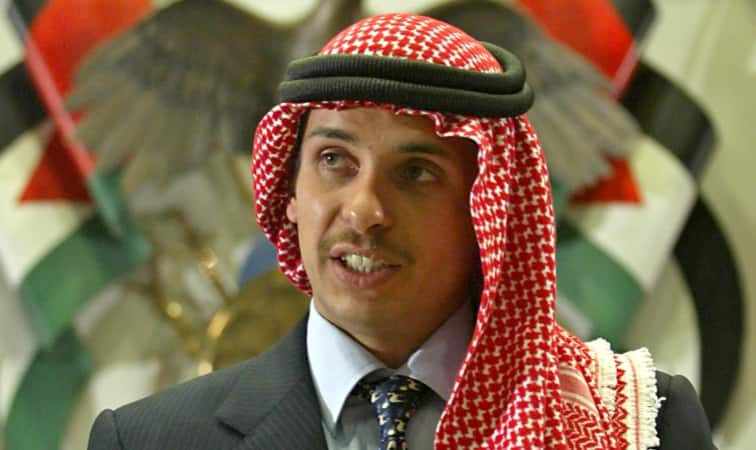 New Delhi: Jordan has accused former crown prince Hamzah bin Hussein, the half-brother of the country's ruler King Abdullah II, of hatching a plot to "destabilize" the kingdom, according to a Bloomberg report. The move has reportedly exposed a rift at the heart of the country's royal family and follows Hamzah's announcement this weekend that he had been forced into isolation.

In a first official explanation of a string of arrests a day earlier, Deputy Prime Minister Ayman Safadi said on Sunday that the former Crown Prince Hamza Bin Hussein worked in concert with foreign entities. More than 16 people, including at least one other royal, were taken into custody, he reportedly said at a news conference in Amman.

“There was an effort to target Jordan’s security and stability, this effort was foiled,” he was quoted as saying. He, however, gave no evidence to back up his claims, and also declined to say whether the unidentified foreign entities were people or governments and if any money was paid to those involved in the “plot”.

According to the report, the latest crackdown has come as Jordan struggles with a worsening squeeze on its finances and a resurgence of COVID-19 cases that has prompted the government to renew restrictions on movement.

Recently, the US provided the Middle East kingdom with $700 million in August. Jordan’s stability is considered to be crucial to the region as it sits at the crossroads of the Israeli-Palestinian conflict. Hamza was the crown prince for four years before the title was transferred in 2004 to the current king’s eldest son, Hussein.

An AP report, however, said that Prince Hamzah said he has been threatened by the country's security agencies but does not plan to follow their "unacceptable" orders that he remain confined at home and cut off from public communication. A new voice recording was released Monday.

The recording, which circulated online, indicates that tensions are running high between Jordan's King Abdullah II and his half-brother Hamzah.

The United States quickly sided with Abdullah, a close Western ally in a volatile region.

"The army chief of staff came to me and issued threats in the name of heads of security agencies," Hamzah is quoted by AP as saying in the recording, adding "I recorded his comments and distributed them to my acquaintances abroad as well as my family in case something happens."

"I don't want to escalate now, but of course I will not abide when he tells me you are not allowed to go out, tweet or connect with people and you are only allowed to see family members,'" he is further quoted. "When an army chief of staff says that, this is something that I think is unacceptable," he added.

Jordan's Foreign Minister Ayman Safadi said on Sunday that the prince had recorded conversations and passed them to foreign sources. Safadi, however, did not provide specifics on the alleged plot or say what other countries were purported to have been involved.

Abdullah and Hamzah are both sons of the late King Hussein, who still remains a beloved figure two decades after his death.