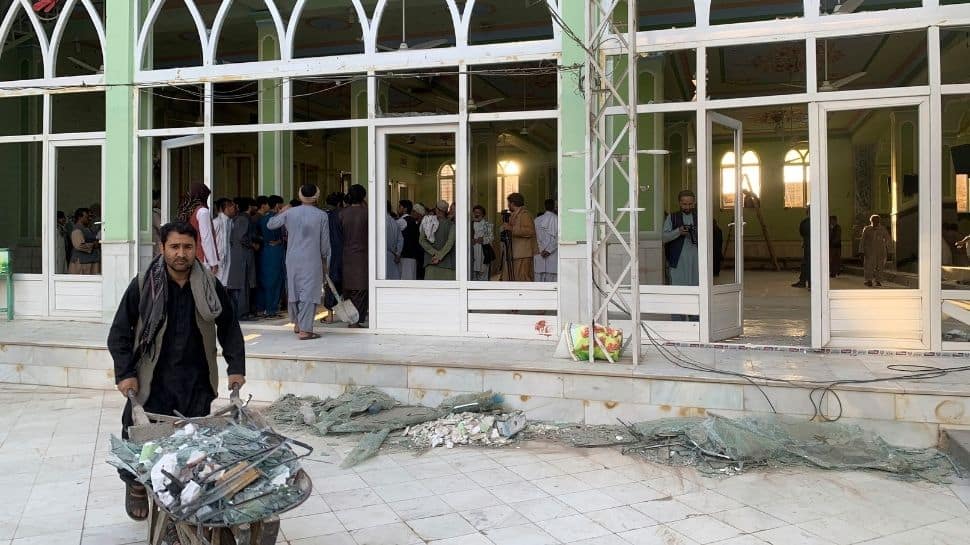 Kabul: The Islamic State group has claimed responsibility for the deadly mosque attack in southern Afghanistan that killed dozens of people in a Shia mosque.

The attack follows several other recent attacks against religious institutions in Afghanistan, including last week`s attack against the Gozar-e-Sayed Abad Mosque in Kunduz.

The United Nations Security Council (UNSC) strongly condemned the `horrendous terrorist attack` against the Imam Bargah-e-Fatima Mosque and underlined the need to bring perpetrators of the attack to justice.

UN Security Council condemns in "the strongest term" the terrorist attack on Shia mosque in Afghanistan's Kandahar; underlines the need to hold accountable the perpetrators, organisers, financiers and sponsors of terrorism pic.twitter.com/pdB3Tlg6Zm

In a statement issued by the UNSC, the members of the Security Council expressed their deepest sympathy and condolences to the families of the victims, and they wished a speedy and full recovery to those who were injured. The members of the Security Council reaffirmed that terrorism in all its forms and manifestations constitutes one of the most serious threats to international peace and security.

"The members of the Security Council underlined the need to hold perpetrators, organizers, financiers and sponsors of these reprehensible acts of terrorism accountable and bring them to justice," the statement said. They urged all States, in accordance with their obligations under international law and relevant Security Council resolutions, to cooperate actively with all relevant authorities in this regard.

The members of the Security Council reiterated that any acts of terrorism are criminal and unjustifiable, regardless of their motivation, wherever, whenever and by whomsoever committed, the statement said.