It has been over two months since the government was formed and Prime Minister Sher Bahadur Deuba is yet to constitute a cabinet. 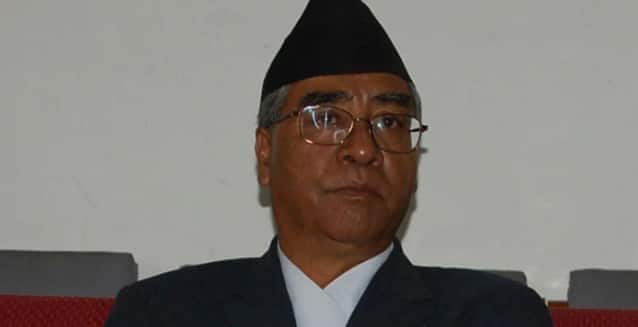 Kathmandu: In an attempt to form a cabinet after months of assuming office, the Nepal government and its alliance partners decided to withdraw the ordinance brought by Prime Minister Sher Bahadur Deuba which allowed division of the opposition parties.

The Deuba government, on August 18, had promulgated an ordinance that allowed a new political party to get registered at the Election Commission with only 20 per cent supplier of its leaders whether in the parliamentary party or in the party’s central committee.

"President Bidya Devi Bhandari as per the decision of the Council of Ministers and recommendation of the Prime Minister has scrapped the Ordinance on Political Parties (Second Amendment)-2078 as per Clause 2(b) of Article 114 of the Constitution of Nepal,” the Office of the President said in a statement on Monday.

The ordinance delayed the process of cabinet expansion as ruling alliance partners feared it could ease splits in their parties.

“The government has withdrawn the ordinance but we are not sure what will be the outcome. Janata Samajwadi Party faction led by Upendra Yadav wanted the ordinance to be withdrawn whereas the Madhav Kumar Nepal faction wanted the continuation of the ordinance. Both factions are trying to keep their party safe. They are building their own safety net,” a Nepali Congress leader told Zee Media.

The leader further said, “We intend to form a coalition and hopefully this will help in cabinet formation. Upendra Yadav has not confirmed to join the government.”

It has been over two months since the government was formed and the prime minister is yet to constitute a cabinet.

Earlier, the Political Parties Act had a provision that any group can register as a new party if it can show it has the support of 40 per cent members of the central committee and the parliamentary party. If both, the central committee and the parliamentary parties could not get 40 per cent members, the office-bearers or MPs who separated from any party could lose their posts.

The passing of the ordinance not only benefited Madhav Kumar Nepal to separate from KP Sharma Oli led CPN-UML, but also the Mahanta Thakur faction of Janata Samajwadi Party (JSP) to form a new party.

Nepal faction announced their split from the CPN-UML party and formed the CPN (Unified Socialist) while Thakur split the Janata Samajwadi Party to form the Loktantrik Samajbadi Party.

Nepal condemns terrorism in all its form at UNGA, calls for complete disarmament