The North Korean media recently published photographs of Kim smiling and smoking cigarettes at a ribbon-cutting ceremony for the inauguration of a fertiliser plant. 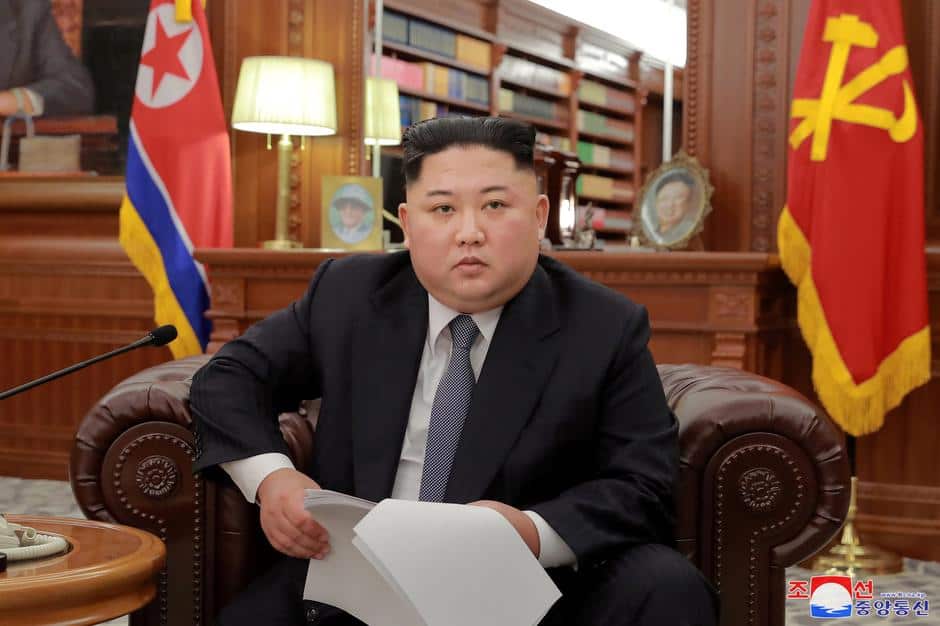 New Delhi: After weeks of rumours that North Korean president Kim Jong Un had died, he appeared at a ribbon-cutting ceremony at a fertilizer plant on the outskirts of Pyongyang on May 1. Kim's recent images were broadcast by North Korea's state media. He was last seen in public on April 11, when he presided over a meeting of the ruling Workers' Party in Pyongyang.

However, wild theorists are claiming that Kim Jong Un has a body double after he made his first public appearance. The pictures have been seized upon by internet sleuths who claim that the man pictured is a political decoy and not Kim at all, said a Mail Online report.

According to the report, the ears and teeth of Kim have been the focus, many comparing very dated images of a younger Kim, to last week's recent pictures of the North Korean leader.

Former Tory MP Louise Mensch, however, tweeted, "Teeth, Cupid's bow, others. Totally different. Look at those gnashes, if you must."

Totally different. Look at those gnashes, if you must. pic.twitter.com/efPmn0f5ox

Ms Mensch further said, "It's not the same person. But not going to argue it. Hairy moment when I thought my information was wrong. It wasn't wrong though. Not sure whether it suits us to go along with it or not, but these two are not the same."

It’s not the same person. But not going to argue it. Hairy moment when I thought my information was wrong. It wasn’t wrong though.

Not sure whether it suits us to go along with it or not, but these two are not the same. pic.twitter.com/rV3qgK281p

The North Korean media recently published photographs of Kim smiling and smoking cigarettes at a ribbon-cutting ceremony for the inauguration of a fertiliser plant.

On April 15, Kim did not participate in a function honouring his grandfather Kim Il-Sung, the founder of North Korea, and his father, Kim Jong Il. His absence had sparked a wave of speculation about his health, particularly with regards to the coronavirus pandemic.

About the KCNA report, US President Donald Trump was quoted as saying "I'd rather not comment on it yet. We'll have something to say about it at the appropriate time."

The Sun report, however, cited some of the theories that speculate the double could be standing in due to the leader's poor health, or even death, while others questioned if his absence was really a period of recovery following plastic surgery.

Even as Korean State-run media released images and video showing the 36-year-old at a fertiliser factory, eagle-eyed web sleuths believe it was really a lookalike on the photos and they point to changes in his face, hair and teeth compared to previous appearances.

There are suggestions some of the photos have in fact been doctored, while others suggested that Kim's mysterious 20-day disappearance was down to plastic surgery.

Meanwhile, some refused to believe the news and are now convinced that Kim Jong Un is probably using a body double to compensate for his ailing health.

Conspiracy theories suggest that like other dictators, Kim has been using a doppelganger to make public appearances on his behalf.

Human rights activist Jennifer Zeng was reportedly one of the first people to point out that there are discrepancies in Kim's hairline, teeth structure and ears.