PM Modi soon tweeted back, "Mate, I’m stoked about the energy of our bilateral relationship!" 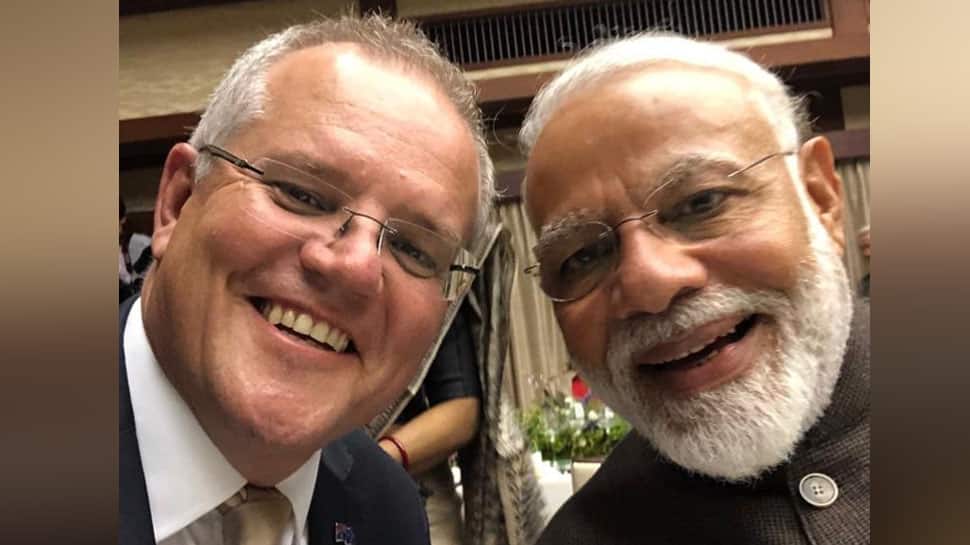 NEW DELHI/OSAKA: Narendra Modi has been winning hearts with selfies long before he was elected as the Prime Minister of India. His customary selfies with Bollywood celebrities, national and regional leaders, and citizens have often gone viral, making headlines.

And now, the selfie craze with PM Modi has reached the G20 Summit being held at Japan's Osaka.

Stealing away some moments from their hectic schedule, Australian Prime Minister Scott Morrison posed for a quick selfie, celebrating their bonhomie. Morrison later tweeted the image.

PM Modi soon tweeted back, "Mate, I’m stoked about the energy of our bilateral relationship! @ScottMorrisonMP"

Mate, I’m stoked about the energy of our bilateral relationship! @ScottMorrisonMP https://t.co/RdvaWsqlwY

Both the leaders are in Japan to attend the 14th G20 Summit in Osaka. Apart from participating in the summit, Morrison and Modi are busy holding a string of bilateral and multilateral meetings.

Last month, the two leaders congratulated each other on their respective election victories and pledged to work together.