In a televised statement, senior SDF official Redur Xelil said the SDF was continuing to cooperate with the U.S.-led coalition against Islamic State even as it must now also confront the Turkish attack on northern Syria. 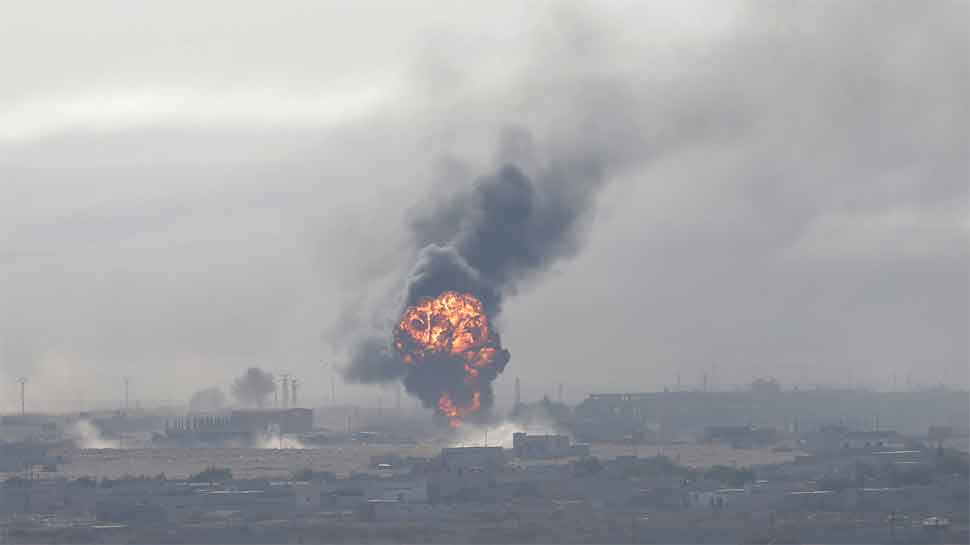 In a televised statement, senior SDF official Redur Xelil said the SDF was continuing to cooperate with the U.S.-led coalition against Islamic State even as it must now also confront the Turkish attack on northern Syria.

"The Turkish invasion is no longer threatening the revival of Daesh (Islamic State), rather it has revived it and activated its cells in Qamishli and Hasaka and all the other areas," Xelil said, noting car bombs in each of the cities in the last day.

"We are still cooperating until now with the international coalition to fight Daesh. We are now fighting on two fronts: one front against the Turkish invasion and a front against Daesh," he said.

Xelil said SDF fighters who had been protecting coalition forces in Syria for four years were now "being martyred by Turkish warplanes in front of the eyes of the allies" whom he said had "suddenly and without forewarning abandoned us".

It was an apparent reference to a U.S. move to withdraw forces from part of the border now being targeted by Turkey.

"We don`t want them to send their troops to the frontlines ... all we want is that they close the air space to Turkish planes and they can do this easily", he said.

Noting Islamic State car bomb attacks in Qamishli and Hasaka and Turkish shelling of a jail in Qamishli that the SDF said allowed some IS detainees to escape, Xelil said: "Despite all of this the world is still ignoring this reality and ignoring this coming hell".

If the Turkish attack continued, SDF priorities would change with regards to guarding IS detainees and "we will move to protect our cities and our people", Xelil said in answer to a question.