The International Monetary Fund (IMF) will not be able to help Venezuela deal with its economic crisis until a "large majority" of its members decide who to recognize as the country`s leader, the head of the global lender said on Saturday. 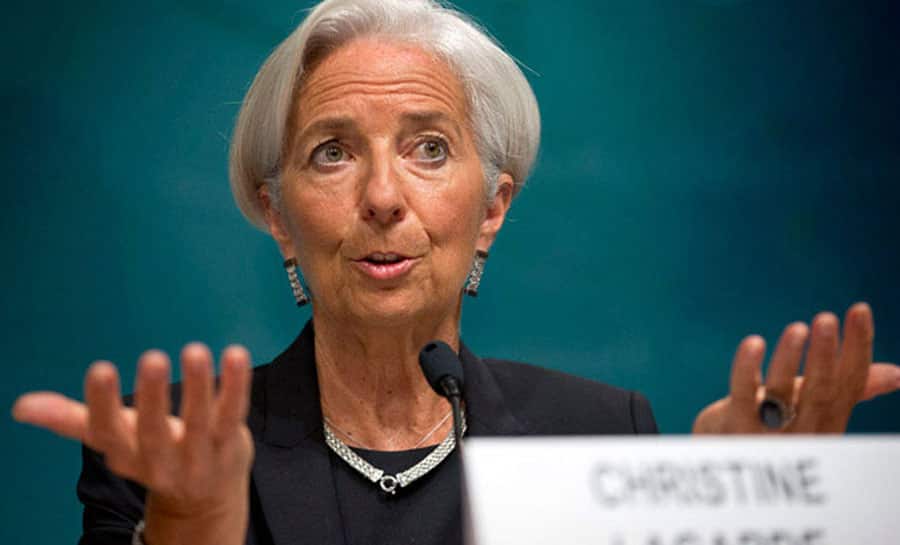 WASHINGTON: The International Monetary Fund (IMF) will not be able to help Venezuela deal with its economic crisis until a "large majority" of its members decide who to recognize as the country`s leader, the head of the global lender said on Saturday.

Managing Director Christine Lagarde said the IMF "can only be guided by the membership, so it’s not a question of us deciding" whether to help in the event that Venezuela`s government reaches out to the Fund.

"It has to be a large majority of the membership actually recognizing diplomatically the authorities that they regard as legitimate," Lagarde said in a press conference at the IMF and World Bank spring meetings in Washington.

Venezuela is mired in a deep economic crisis marked by widespread food and medicine shortages, while hyperinflation has all but rendered its currency worthless.

Russia and others recognize Nicolas Maduro, the socialist president and successor to the late Hugo Chavez, as the legitimate head of state.

U.S. Treasury Secretary Steven Mnuchin said separately on Saturday that he has had discussions with the IMF about the process for recognizing Guaido as Venezuela`s leader.

"There were discussions we had this week at the IMF about that, and what their process would be to do that," he said.

Earlier this week Lagarde and World Bank President David Malpass said separately they are preparing to move quickly to help ease Venezuela`s worsening humanitarian crisis, but the leadership question is standing in the way.

Based on the countries which have publicly supported Guaido or Maduro and their voting weighting inside the World Bank and IMF, Guaido`s representative could get slightly more than 50 percent of a vote according to a Reuters tally. No such vote has yet been called for.

An estimated 3.7 million Venezuelans have left the oil-rich country to escape deteriorating social and economic conditions, according to the United Nations High Commissioner for Refugees and the International Organization for Migration.