Most employees at federal law enforcement agencies from the FBI and DEA to Immigration and Customs Enforcement and the Transportation Security Administration have kept working since Trump`s demands on the wall triggered the shutdown on December 22. 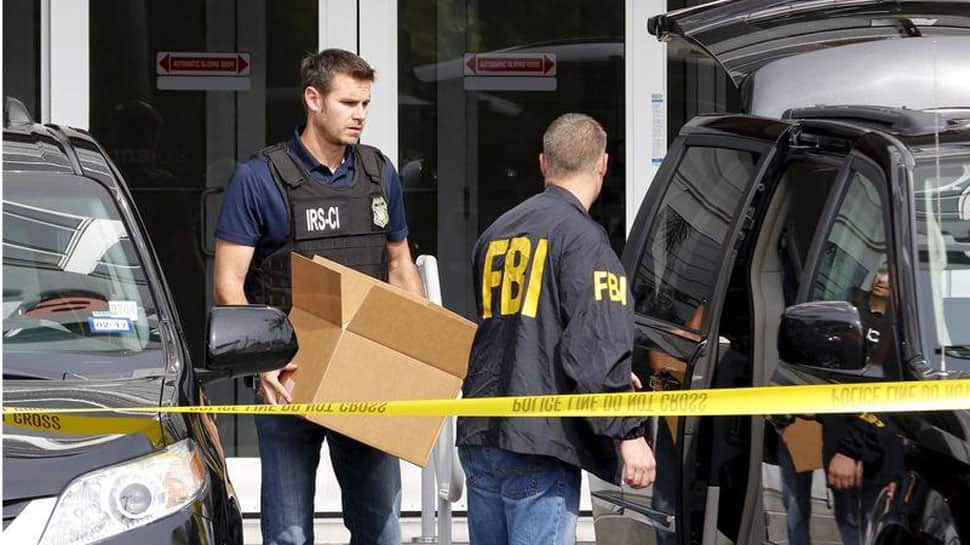 WASHINGTON: Federal law enforcement agencies that keep Americans safe and secure are starting to feel the strain of the US government shutdown, in its 21st day, with agents working for no pay and investigations delayed, law enforcement officials said.

Training events have been canceled and travel cut back, with President Donald Trump and Congress unable to end the partial shutdown affecting a quarter of the government in a funding standoff over Trump`s proposed US-Mexico border wall. "We still have a responsibility for going after those who might be using this time to flood the streets with drugs", a US Drug Enforcement Administration (DEA) field agent told Reuters, asking not to be identified by name.

"For us, it`s even a more important time to try to target as much as we can. We still have a safety obligation to the public ... with the limited resources," the agent said. Most employees at federal law enforcement agencies - from the FBI and DEA to Immigration and Customs Enforcement and the Transportation Security Administration - have kept working since Trump`s demands on the wall triggered the shutdown on Dec. 22.

"Non-essential" personnel across the government have been staying home on furlough, while "essential" personnel, which includes many in law enforcement, have been working for no pay. On Friday, many of roughly 800,000 shutdown-affected federal workers will miss their first paychecks. The shutdown began after Trump insisted that $5.7 billion for his wall be made a part of any legislation to restore funding for many agencies that expired for unrelated reasons, a demand Democrats oppose.

As much as 85 percent of the Justice Department`s employees are working, as are nearly 90 percent of the Department of Homeland Security`s employees, said department spokesmen. "It really wears on our members," said Nathan Catura, the national president of the Federal Law Enforcement Officers Association, which represents some 27,000 federal agents.

"You feel like a pawn in this big political windstorm. You feel like you`re not worth anything," he said. In a memo to US Secret Service agents that was seen by Reuters, service Director R.D. "Tex" Alles urged employees to "keep an eye out for warning signs of trouble." He wrote, "A quick internet search will validate that financial stress is often the precursor to greater issues, including depression, anxiety and worse."

While the lack of a paycheck is stressing out some agents, the shutdown has had a limited operational impact so far, several law enforcement officials said. Drug seizures are still occurring. Corrections officers are still reporting to work each day and air passengers are not yet facing overly long security lines in airports.

But funding that law enforcement agencies draw on for investigations and some other operations is starting to dwindle. Interviews with witnesses in some DEA investigations have been postponed. Furloughs of some FBI analysts has forced agents to pick up the slack by doing their own background checks - a process that may slow them down, officials told Reuters.

That means FBI agents doing anti-terrorism or white-collar crime investigations must pull together criminal records and other background materials on their own, without the help of analysts who specialize in such work, Catura said. “That slows everything down,” he said.

FBI headquarters "is doing all they can" to ensure major investigations continue, said Tom O`Connor, president of the FBI Agents Association. The group on Thursday sent a petition to the White House and Congress urging them to end the shutdown. “FBI operations need funding. We’re beginning to raise concerns regarding field operations. Support operations are understaffed,” O`Connor said.

Federal prison workers are also growing frustrated. Prior to the government shutdown, the Bureau of Prisons had to deal with a hiring freeze, followed by 6,000 job cuts. "The great majority of our federal law enforcement officers work in middle America," said Eric Young, national president for the Council of Prison Locals for the American Federation of Government Employees union.

"They are very conservative, and they were supportive of Trump. Some still are, but the great majority of them have been totally disenchanted with what they have seen from this administration," Young said.