"These are highly flammable so when the fire came in contact with these goods the fire spread rapidly," Rahman told Reuters. 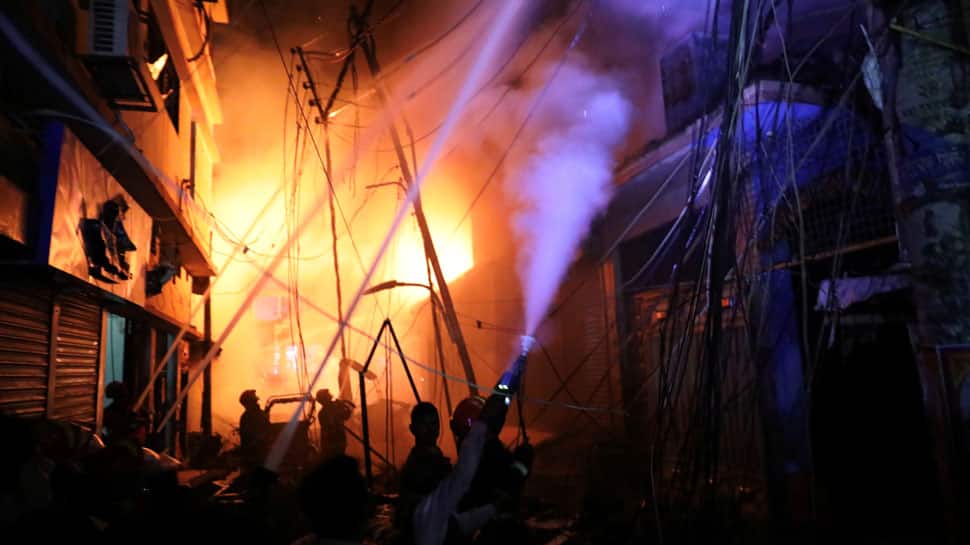 DHAKA: Lighter fuel, deodorant cans and drums full of chemicals stored in a residential building in the Bangladeshi capital fuelled a blaze this week that killed at least 70 people and injured more than 50, a senior fire official said on Friday.

"These are highly flammable so when the fire came in contact with these goods the fire spread rapidly," Rahman told Reuters.

The city`s worst fire since 2012 broke out late on Wednesday in a five-storey building before spreading to others in the Chawkbazar precinct, parts of which date back more than 300 years to the Mughal period.

The building housed shops on its ground floor, a warehouse on the first floor, and homes on three floors above.

Lax regulations and poor enforcement of rules in Bangladesh have often been blamed for several large fires that have led to hundreds of deaths in recent years.

Following the fire, Bangladesh`s Minister of Road Transport and Bridges, Obaydul Quader, said that Prime Minister Sheikh Hasina had ordered officials to relocate all chemical warehouses away from residential areas as soon as possible.

"If during the investigation it is found that the fire was caused due to any negligence ... then it may take a turn as a murder case," a senior police official said.