The move comes after several ministers demanded Naik`s expulsion on Wednesday after he said Hindus in Malaysia had '100 times more rights' than the Muslim minority in India. 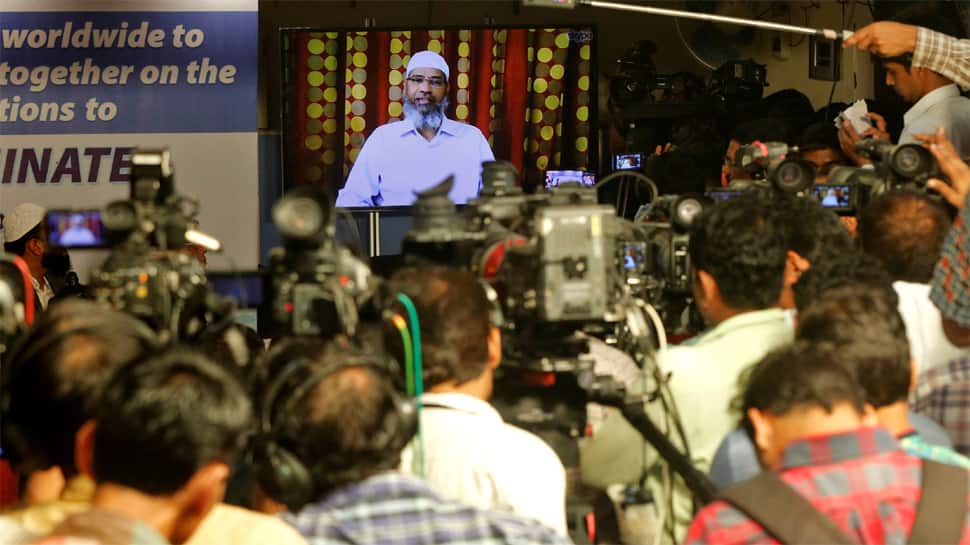 Zakir Naik, an Indian Islamic preacher and founder of Islamic Research Foundation, speaks to the media via a video conference in Mumbai (Reuters photo)
Share:
Edited By:

Malaysian authorities will summon Indian Islamic preacher Zakir Naik for questioning after he allegedly made racially sensitive remarks in the multi-ethnic nation, the government said on Thursday.

The move comes after several ministers demanded Naik`s expulsion on Wednesday after he said Hindus in Malaysia had "100 times more rights" than the Muslim minority in India.

Naik, who has lived in Malaysia for about three years and faces charges of money laundering and hate speech in India, has come under fire for comments allegedly pitting the country`s ethnic and religious minorities against the ethnic Malay majority, who are predominantly Muslim.

Police will question Naik and several other individuals and groups for making "racially-tinged statements" and for spreading false news that has affected public sensitivities, Home Minister Muhyiddin Yassin said.

"I would like to remind all parties, including non-citizens, that enforcement agencies under my ministry will not think twice to take legal action against anyone who attempts to threaten public harmony and peace," Muhyiddin said in a statement.

Asked for comment, a representative for Naik told Reuters he would first need to study the minister`s statement.

Race and religion are sensitive issues in Malaysia, where Malay Muslims make up about 60 percent of a population of 32 million. The rest are mostly ethnic Chinese and Indians, most of whom are Hindus.

Naik, who has repeatedly denied the charges against him in India, has said his detractors were quoting him out of context to malign him.

State news agency Bernama quoted Malaysian Prime Minister Mahathir Mohamad as saying this week that Naik cannot be sent back to India because of fears for his safety.

"If any (other) country wants to have him, they are welcome," Mahathir added.

India banned Naik`s Islamic Research Foundation in late 2016, accusing him of encouraging and aiding its followers to "promote or attempt to promote feelings of enmity, hatred or ill-will between different religious communities and groups".