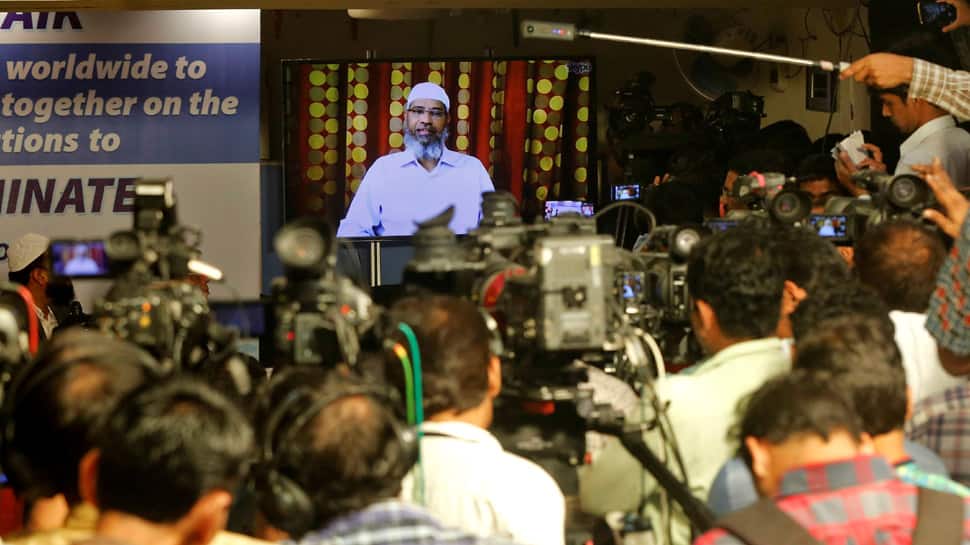 In a move against controversial Islamic preacher Zakir Naik, three ministers of the Malaysia Cabinet has sought action against him asking for his expulsion from the country. The move comes after Naik's controversial statement in a recent event in Kota Bharu questioning the patriotism and loyalty of the Hindus in Malaysia.

All the ministers had issued statements slamming Naik accusing him of trying to create a fissure in a multi-ethnic and religious society of the country, adding that they raise objections to Naik holding any further events in Malaysia. They also called Naik's presence in Malaysia as "embarrassing to all Malaysians".

"We have raised with the Prime Minister and the Cabinet this morning, the issue of the presence of Zakir Naik in Malaysia and the recent event held by him in Kota Bharu over the weekend and other statements he has made which have caused controversy. We have expressed our position which is that action must be taken and that Zakir Naik should no longer be allowed to remain in Malaysia. The Prime Minister has taken note of our concerns. We leave it to him to consider the position and to decide soonest possible what will be done to deal with the problem. We also reiterate the concerns raised by many over speeches and statements of his which have been inflammatory in nature. We, therefore, express our objections to Zakir Naik in the meanwhile, holding any further events here in Malaysia or making further statements which impact on race relations and public order, said Deo in a statement.

Jayakumar said, "The recent statement by Islamic preacher Zakir Naik in Kota Bharu over the weekend that questioned the loyalty of the Hindu and Tamil community in Malaysia is absolutely uncalled for. First and foremost as a person with only a Permanent Residency (PR) status in the country, what right does he have to question the patriotism of Hindu/ Tamil citizens, some of whose families have settled and toiled in this country for the past four to five generations? According to a report by a newsportal today, during his speech he had also referred to the Chinese community as "guests" in this country."

"Is his PR status, a license to shoot his mouth off where it pleases? This country has always maintained its peace and values through tolerance and well-being amongst its various races and religions. We are after all a multiracial country. We do not need such individuals to issue seditious statements with the intent to drive the wedge between Muslims and non-Muslims in Malaysia. If we continue to ignore such statements and allow him to continue his ways in this country, I am afraid that this would lead to bad precedents as well as potential racial and religious division," added Jayakumar.

"Having raised the matter with my fellow colleagues in the Cabinet, this morning, I along with others have expressed our stance that action against him must be taken and that Naik should not be allowed to remain in the country. The Prime Minister has noted the concerns that were raised and will consider our position in his decision-making process. After all his presence in the country was on the condition that he did not stir up racially charged statements. In Kota Bharu however, he has clearly crossed that line," he further added.

In a statement, Kulasegaran said, "Zakir Naik's presence in Malaysia is embarrassing to all Malaysians. For questioning the loyalty of Malaysian Hindus and touching a raw nerve in our Multi-ethnic society, necessary action must be taken against the controversial preacher, Zakir Naik. Naik is an outsider who is a fugitive and has little knowledge of the Malaysian history, therefore, he should not be given such privilege to run down other Malaysians, what more in questioning their loyalty to the country. His actions do not reflect one deserving of permanent resident status and this will be brought up in the next Cabinet Meeting. Is Naik also attempting to create a fissure in a multi-ethnic and religious society so that he continues to enjoy immunity and privilege by obtaining the support of the Muslim community to continue to stay in this country? Is Naik also leveraging the current polemics related to race and religion in the country for his biased survival and benefits vide the taxpayers' money?"

"Malaysia is a unique country that enjoyed relative peace and harmony as compared to many Islamic countries due to the great balancing act of its leaders since independence. The foundations of stability are rooted in accommodating various ethnic groups, without questioning their loyalty to the country. The countries supreme laws are secular and able to ensure the common good for all. Even though ethnoreligious politicians continue to olav the racial card. the sense balance of play the racial card, the sense balance of accommodating all communities including communities from Sabah and Sarawak in governance has brought about stability to the country over the years. Should Malaysians be split over a man called Zakir Naik? Therefore, it's time for Malaysians to unite and safeguard the peace and stability of the nation by exposing the dubious strategy of Naik in using religious and racial sentiments in a tolerant and harmonious country. It's time for the fugitive foreigner to leave Malaysia and to face charges of terrorism and money laundering charges in India," he added.