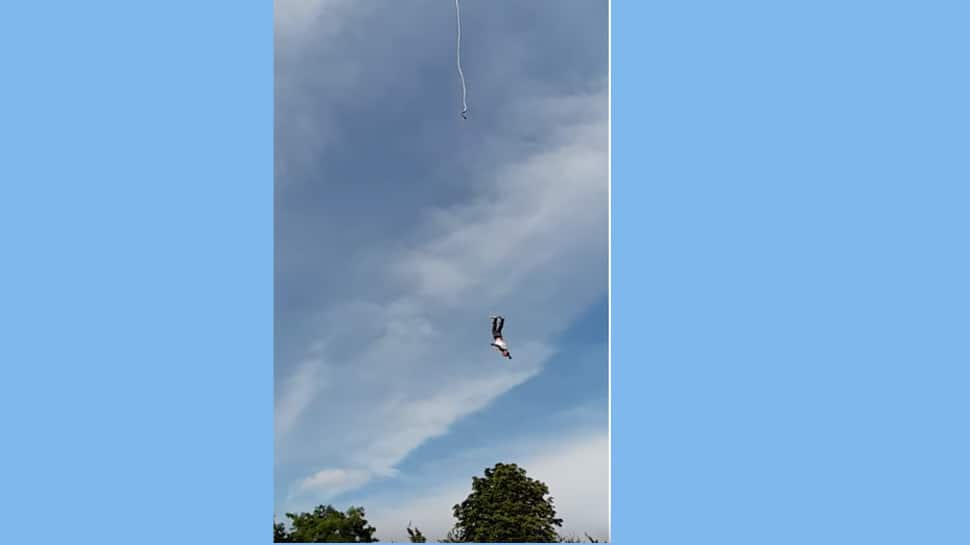 Gdynia: In a horrifying video A 39-year-old man suffered grievous injuries after he fell to the ground as his harness snapped during a 100-feet bungee jump in a theme park in Poland's Gdynia on Sunday evening

The video of the incident, which surfaced on the internet, shows the man being hoisted by 100 metres into the air on a crane. As the man jumped off the platform, the bungee rope snaps, sending him hurtling to the ground and land on an inflatable large cushion.

The cushion helped to break the initial fall before the man bounced off onto the ground, and sustained severe spinal injuries, reported news website Metro.

According to Metro, a police officer said the man did not have "visible injuries" but suffered multiple organ failures and a broken cervical spine. After the incident, the man was rushed to the hospital and is expected to regain full movement on recovery.

Bungeeclub, the company which organises bungee-jumping at the park, said there have been no previous similar incidents in a statement.

Police said that they found a crack on the main bungee rope. However, it is yet to be ascertained if that was the direct cause of the accident.