In December Mueller accused Manafort in a court filing of telling "multiple discernible lies" related to five subjects, including his interactions with Kilimnik and his contacts with Trump administration officials in 2018. 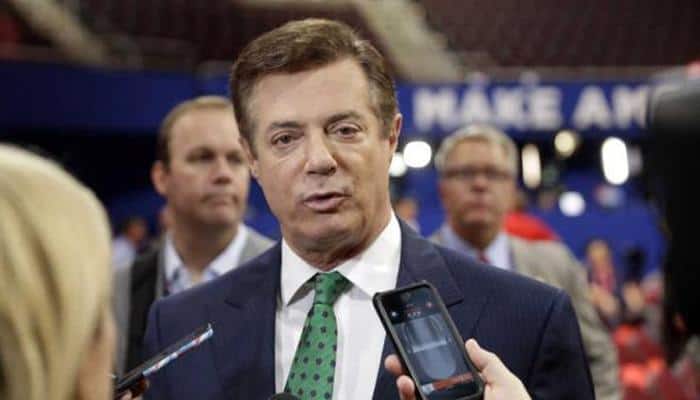 US President Donald Trump`s former campaign chairman, Paul Manafort, was accused by federal prosecutors of lying about sharing polling data related to Trump`s 2016 presidential campaign with a business partner with alleged ties to Russian intelligence, according to portions of a court filing by Manafort`s defence team that were inadvertently made public on Tuesday.

Before sending the document to a public database for federal court filings, lawyers for Manafort had tried to black out the portion on polling data and other information about Manafort`s interactions with Konstantin Kilimnik, a former business partner of Manafort`s who Mueller has claimed in court filings has ties to Russian intelligence.

But some journalists, including at Vox and the Guardian, realized the redacted portions could be electronically reversed and posted uncensored versions on Twitter. Reuters did not independently review the filing, which was soon replaced in the public database with a properly redacted version. Manafort`s lawyers did not respond to a request for comment on the matter. A spokesman for Special Counsel Robert Mueller, whose office is prosecuting Manafort, declined to comment. Kilimnik could not be reached for comment.

The filing did not provide further details on the Madrid meeting or the peace plan, although Mueller has scrutinized a proposal by a Ukrainian lawmaker that involved, among other outcomes, the lifting of US sanctions on Russia, according to people familiar with the matter. In the document Manafort`s lawyers referenced a December court filing in which Mueller alleged that Manafort had "conceded" to discussing the peace plan, which they argued was an indication that their client was forthcoming when his memory was refreshed of past events.

The inadvertent disclosures offered a rare glimpse into details that were meant to remain private while Manafort`s lawyers and Mueller`s office battle over whether Manafort has breached a plea agreement struck in September by lying. In December Mueller accused Manafort in a court filing of telling "multiple discernible lies" related to five subjects, including his interactions with Kilimnik and his contacts with Trump administration officials in 2018.

At the time Manafort`s lawyers said their client never intentionally provided incorrect information to prosecutors, but asked the judge for time to consider whether they wanted to contest Mueller`s allegations or proceed to sentencing. US District Judge Amy Berman Jackson had given Manafort`s lawyers until Monday to make a decision.

"The defence contests the Government’s conclusion and contends that any alleged misstatements, to the extent they occurred at all, were not intentional," Manafort`s lawyers said in the filing, which was filed on Monday and released by the court on Tuesday. In the filing Manafort`s lawyers said they would not seek an evidentiary hearing to contest Mueller`s allegations of lying, arguing that such factual matters could be addressed in a pre-sentencing report.

Following the filing by Manafort`s lawyers, Jackson ordered the government to submit evidence supporting their allegations by Jan. 14, and held out the option of holding a hearing on the matter on Jan. 25.