Margaret Atwood previously won the prize in 2000 for 'The Blind Assassin' and 'The Testaments', published last month. Bernardine Evaristo, the first black woman to win the prize, tells the stories of 12 characters, mainly female and black aged 19 to 93, living in Britain in 'Girl, Woman, Other'. 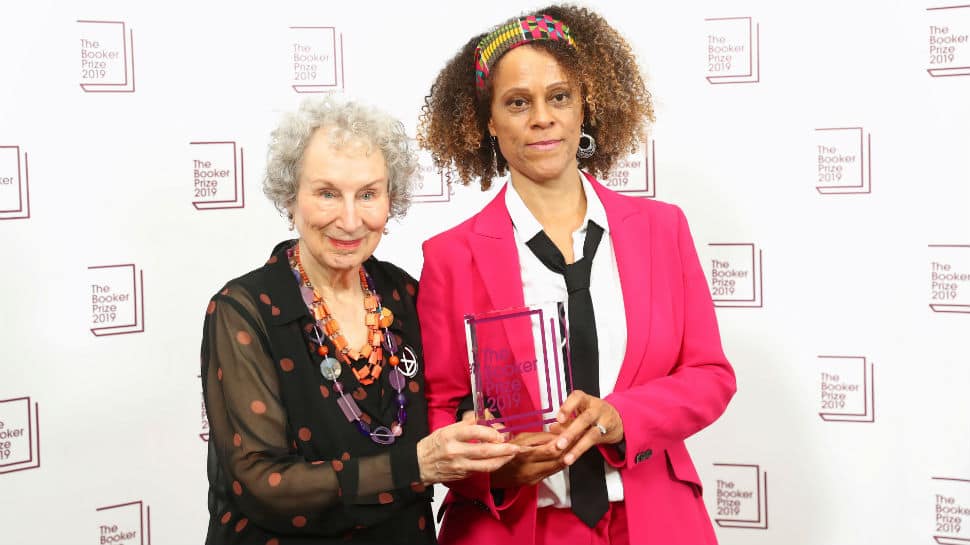 LONDON (Reuters) - Margaret Atwood's 'The Testaments' and Bernardine Evaristo's 'Girl, Woman, Other' jointly won the Booker Prize on Monday in a surprise double award in which the literary prize recognised its oldest and first black woman winners.

The authors will split the 50,000 pounds ($62,800) annual prize, the judging panel said. The award honours "the best novel of the year written in English and published in the UK and Ireland."

Atwood, 79, previously won the prize in 2000 for 'The Blind Assassin', and 'The Testaments', published last month, is the sequel to the Canadian author's best-selling 1985 novel, 'The Handmaid's Tale'.

Evaristo, the first black woman to win the prize, tells the stories of 12 characters, mainly female and black aged 19 to 93, living in Britain in 'Girl, Woman, Other'.

While the prize has been jointly awarded twice previously, the rules changed in 1993 limiting the award to one author. The judges defied those rules, saying they could not agree on a winner between the two books, which were on a shortlist of six.

"Neither of us expected to win this," Atwood said in her acceptance speech in a televised ceremony.

"I would have thought that I would have been too elderly and I kind of don`t need the attention so I`m very glad that you`re getting some ... It would have been embarrassing if I had been alone here," she said to Evaristo.

Atwood's book, eagerly awaited by fans, returns to the totalitarian state of Gilead some 15 years after the end of "The Handmaid`s Tale," telling the story of three women.

Atwood has said a deterioration in women`s rights in some parts of the world including in the United States prompted her to write the sequel, described as a "savage and beautiful novel" by the judging panel.

In Britain, it was an immediate hit, selling just over 100,000 hardback copies in its first week of release.

The bleak dystopian 'The Handmaid's Tale', where women are banned from reading and writing and those that are fertile are forced into sexual servitude, was itself nominated for the Booker Prize.

'Girl, Woman, Other' is Evaristo's eighth book of fiction, and was described by the judges as "a must-read about modern Britain and womanhood".

"This is incredible. I suppose a lot of people say, `I never thought it would happen to me,` and I will say I am the first black woman to win this prize," the British author, 60, said to loud applause.

"I hope that honour doesn`t last too long. I hope that other people come forward now," she said.

Mexico: 14 policemen killed after being ambushed in Michoacan