The number rose from 79 earlier on Sunday after six more deaths were recorded, said Minister of Public Health Jorge Alcocer. 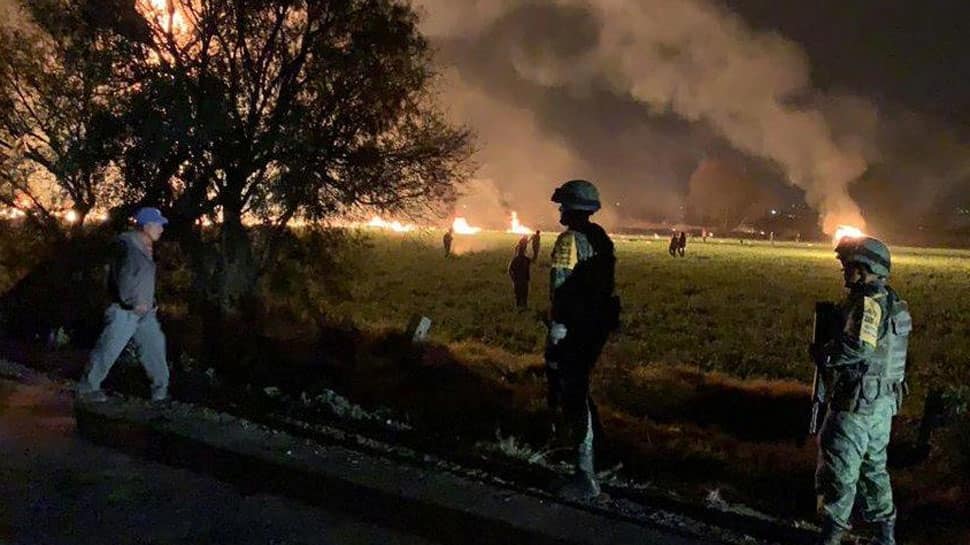 Mexico City: The death toll from the explosion of a gasoline pipeline in Mexicos Hidalgo state, has increased to 85, officials said. Friday`s massive blast occurred after a state-owned Pemex pipeline was ruptured by suspected thieves in Tlahuelilpan and as scores of people gathered to collect fuel, reportsEfe news.

The number rose from 79 earlier on Sunday after six more deaths were recorded, said Minister of Public Health Jorge Alcocer. The number of those hospitalised dropped from 66 to 58, Alcocer added.
Hidalgo Governor Omar Fayad highlighted the great "dimension" of the tragedy and extended help to victims` kins, assuring that they will receive financial aid for funerals and that the investigation would continue.

Fayad said that it could take "hours, days, weeks or months for the identification" of remains. Residents in the immediate vicinity of the pipeline, which runs from the cities of Tuxpan to Tula, have been evacuated, state oil company Pemex said.

Since being sworn in as President in December, Andres Manuel Lopez Obrador has cracked down on fuel theft from illegal taps of Pemex pipelines, which generate millions in losses for the company.
This has led to the temporary closure of key pipelines. President Obrador had visited the accident site on Saturday.