Speaking after meetings on Tuesday between U.S. and Mexican officials about the incident, Mexican Foreign Minister Marcelo Ebrard told a regular government news conference that steps needed to be taken to prevent future killings. 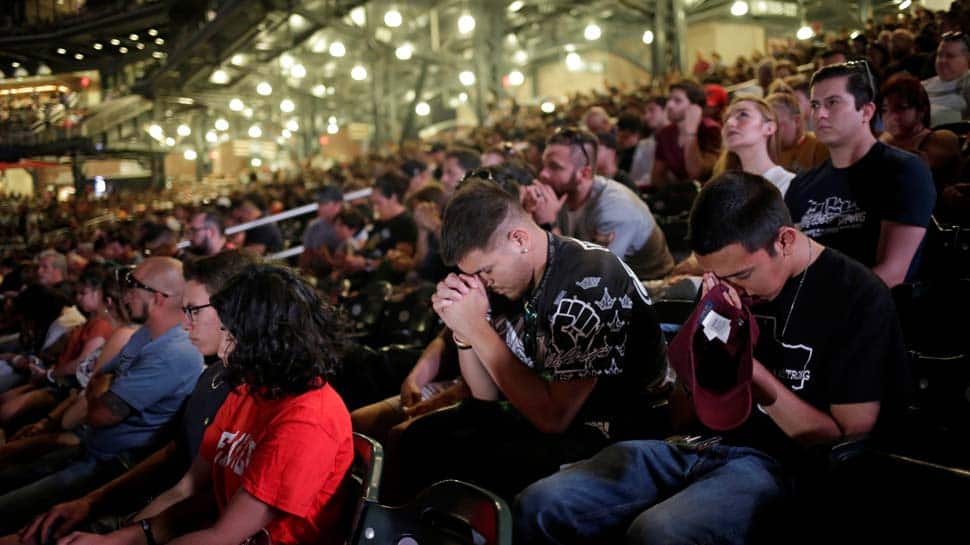 MEXICO CITY: Mexico`s government on Wednesday amplified its assertion that the August 3 mass shooting in El Paso, Texas, was an act of terrorism against Mexicans, urging the United States to ensure the attack was designated as such. Speaking after meetings on Tuesday between U.S. and Mexican officials about the incident, Mexican Foreign Minister Marcelo Ebrard told a regular government news conference that steps needed to be taken to prevent future killings.

"It`s very important to persevere, to specify, clarify and demand that measures are taken so that this is not repeated, and the first measure is to classify it for what it is, an act of terrorism that seeks to take Mexican lives," Ebrard said. Twenty-two people, including eight Mexican citizens, were killed in the shooting at a Walmart store in the U.S. border city, an event Mexico quickly said it would investigate as a terrorist act.

A four-page statement believed to have been written by the suspected shooter, Patrick Crusius, and posted on 8chan, an online message board often used by extremists, called the El Paso attack "a response to the Hispanic invasion of Texas." And, according to an El Paso police affidavit released on Friday, Crusius told police while surrendering that he had been targeting "Mexicans."

"There will be those who say, `No, no, no, this isn`t terrorism, it`s just one person,`" Ebrard said, alongside Mexican President Andres Manuel Lopez Obrador. "Well, it needs to be said that the man who carried out this despicable, abominable and appalling act is part of a network, but he also uploaded a manifesto to the network." "What he says is terrible, but it`s not that he`s mad; he is in possession of his faculties," Ebrard added.

Later, the foreign ministry issued a statement saluting Texas Governor Greg Abbott`s announcement he was forming a domestic terrorism task force following the El Paso shooting in order to combat "hateful acts and extremism" in Texas. The Mexican government hopes to put the suspected perpetrator on trial in Mexico.

"We`re going to ask for this person be judged here, too. We`re going to ask for his extradition, and the full weight of the law will be felt," president Lopez Obrador said at a public event on Wednesday. He noted that Mexico does not permit the death penalty, but can impose severe sentences. "We don`t want this to happen again, we don`t want these hate crimes," said Lopez Obrador.

The attack caused widespread revulsion in Mexico at a time of persistent diplomatic tensions between Trump administration and the Mexican government over trade and immigration. Mexico`s government last week pressed the United States to cooperate in helping to identify white supremacists who are a threat to its citizens after the attack.