Mexico must significantly improve border infrastructure on its southern frontier with Guatemala to succeed on its deal with the United States to reduce migration, Mexico`s foreign minister said on Tuesday. 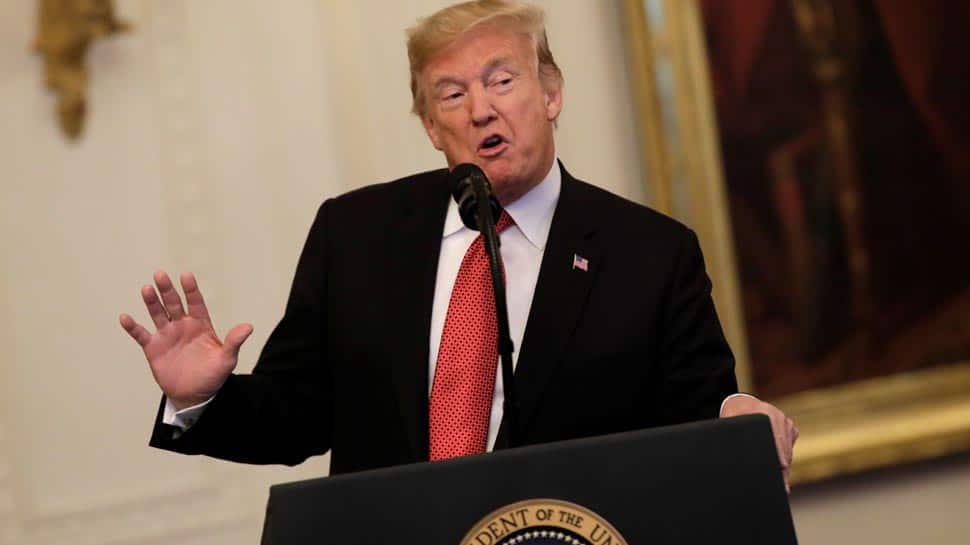 MEXICO CITY: Mexico must significantly improve border infrastructure on its southern frontier with Guatemala to succeed on its deal with the United States to reduce migration, Mexico`s foreign minister said on Tuesday.

Over the past few days, Marcelo Ebrard has gradually announced more commitments made to stave off a threat of tariffs by U.S. President Donald Trump, who on Tuesday reiterated that parts of last week`s deal were yet to be revealed.

Speaking at a regular government news conference, Ebrard said not enough priority had been given to Mexico`s southern border and that the state needs to have a stronger presence across the frontier to deal with migrant flows.

"You go to the south and the first thing you ask yourself is `Right, where`s the border?` There`s nothing. The idea is to make the south like the north as far as possible."

Mexico and the United States signed an agreement on Friday, with Mexico agreeing to take steps to control the flow of people from Central America, including deploying 6,000 members of a new national guard along its border with Guatemala.

Over the weekend there was no sign that Mexico had started to harden the border, with migrants and locals crossing a river on rafts in sight of a busy official port of entry.
The deal averted escalating import tariffs of 5% on Mexican goods, which Trump had vowed to impose unless Mexico did more to curb migration. Taking questions alongside President Andres Manuel Lopez Obrador, Ebrard said Mexico was accelerating deployment of the National Guard, a militarized police force, along the border with Guatemala and that migrants entering Mexico would have to register with authorities.

To meet its commitments to Washington, Mexican migration facilities in the south need to be revamped, Ebrard added. "The reality is that a very big effort needs to be made," he told reporters, noting that the infrastructure along the southern frontier with Guatemala had for years been neglected while Mexico`s northern border was being modernized.

While Trump has not revealed what undisclosed details of the agreement he is referring to, over the past two days Ebrard has admitted that as well as the published text, Mexico agreed to a 45-day timeline to show that increased enforcement efforts were effective in reducing flows of migrants.

If not, Mexico would have to talk with the United States about a long-standing U.S. asylum demand, he said on Monday. U.S. authorities say they have been overwhelmed by a shift in the type of migrants turning up at the border in recent years. Increasing numbers of Central American families and unaccompanied minors seeking asylum from violence at home have been turning themselves in to border agents who have long focused on catching mainly single, adult Mexicans trying to cross.

When migrants express fear of returning to their home countries, that triggers a U.S. immigration court process, which can take months or years to resolve due to backlogs in the system. Many asylum seekers are released in the United States to await their court hearings, which Trump has decried as "catch and release." In January, the Trump administration began sending thousands of migrants back to Mexico to wait there instead.

Washington has long wanted Mexico to be declared a safe third country in which asylum seekers would have to seek safe harbor instead of the United States, a demand Mexico rejected in the past. Ebrard dropped his previous opposition to that idea in comments on Monday, but said any such arrangement should share the asylum load with other Latin American countries, including Brazil, Panama and Guatemala. He said these measures would have to be taken up with the Mexican Senate.

While the vast majority of undocumented migrants arriving in the United States are from Central America, significant numbers have been arriving in recent months from Cuban and Haiti, via Panama, and from African countries, often via Brazil.

Vice President Mike Pence also referred to a regional approach, suggesting Guatemala could receive asylum seekers from its neighbors. "We also reached an agreement with Guatemala to reform our laws to essentially say that if people are looking for asylum they ought to be willing to apply for asylum in the first safe country in which they arrive. We`ll only move on to that if it`s necessary," Pence told FOX News Channel’s Special Report with Bret Baier on Monday.