Mike Pence, at summit, lashes out at Europeans over Iran

Pence spoke at the conference in Warsaw attended by 60 countries, including Israel and six Gulf Arab states, but not the Palestinians or Iran. 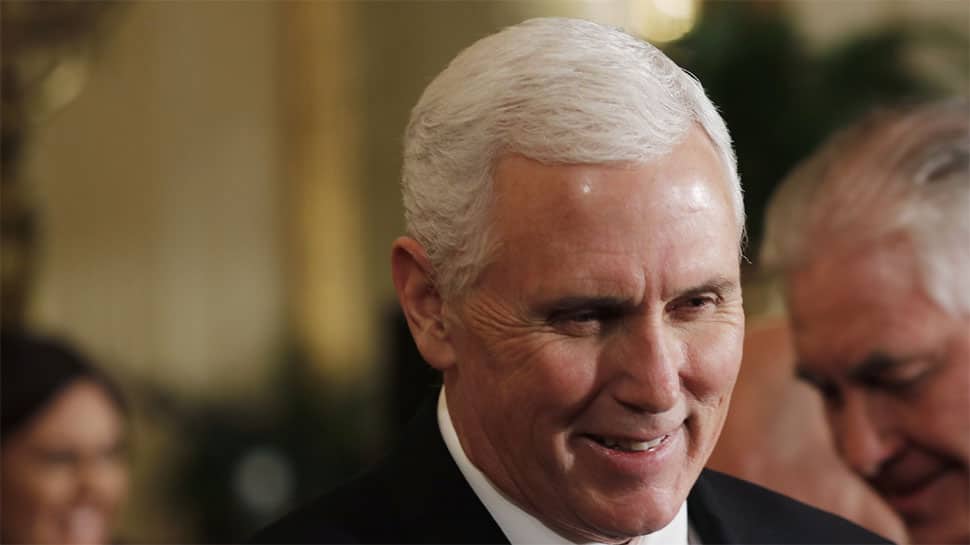 WARSAW: US Vice President Mike Pence accused leading European countries on Thursday of trying to break US sanctions against Tehran, in remarks at a Middle East peace summit that were likely to further strain transatlantic relations.

Pence spoke at the conference in Warsaw attended by 60 countries, including Israel and six Gulf Arab states, but not the Palestinians or Iran.

European powers, who oppose the Trump administration`s decision to pull out of a nuclear deal with Iran, were openly sceptical of a conference excluding Tehran. France and Germany declined to send their top diplomats, while British Foreign Secretary Jeremy Hunt left before Thursday`s main events.

"Sadly, some of our leading European partners have not been nearly as cooperative," Pence said. "In fact, they have led the effort to create mechanisms to break up our sanctions."

Trump pulled the United States last year out of the 2015 Iran deal, under which Tehran agreed to curbs on its nuclear programme in return for the lifting of sanctions.

European countries say the move was a mistake and have promised to try to salvage the deal as long as Iran continues to abide by it. In practice, European companies have accepted new U.S. sanctions on Iran and abandoned plans to invest there.

Pence said a European scheme to trade with Iran, known as the Special Purpose Vehicle, was "an effort to break American sanctions against Iran`s murderous revolutionary regime".

"It is an ill-advised step that will only strengthen Iran, weaken the EU and create still more distance between Europe and the United States," he said.

The European trade vehicle was conceived as a way to help match Iranian oil and gas exports against purchases of EU goods. However, those ambitions have been scaled back, with diplomats saying that, realistically, it will be used only for trade, for example of humanitarian products or food, allowed by Washington.

The summit venue in Poland could itself be seen as a rebuke to Washington`s traditional Western European allies, who are at odds with a nationalist government in Warsaw over moves the EU says curb judicial independence and free speech.

The summit was notable because of the presence of Israel alongside wealthy Arab states. Washington aims to narrow differences between its Israeli and Arab allies to isolate Iran.

But just as notable were the absences, not only of Iran itself -- which called the meeting a "desperate circus" -- but of the Palestinians, who refused to attend over what they regard as U.S. bias against them under Trump. They have been boycotting the administration since Trump reversed decades of U.S. policy in 2017 to recognise Jerusalem as the capital of Israel.

"Reward the occupation, the decision to abolish the Arab Peace Initiative and the decisions of the Dhahran Summit. For what? Mediation between America and Israel on the one hand and Iran on the other," Erekat tweeted.

Nabil Abu Rudeineh, spokesman for Palestinian President Mahmoud Abbas, said the only path to peace was by negotiating with the Palestinian leadership represented by Abbas.

European allies were concerned that the conference would turn into an Iran-bashing session, which would only increase tensions with the Tehran.

"I am hoping for constructive signals but nobody here has the expectation that this conference will solve problems," he told reporters on the sidelines of the meeting. "That would be unrealistic because we need a political agreement with all participants at the end of the day."

U.S. Secretary of State Mike Pompeo called for an era of cooperation at opening remarks that were broadcast publicly. The rest of the meeting, including a presentation by White House advisor and Trump son-in-law Jared Kushner on plans for Israeli-Palestinian peace, was held behind closed is doors.

Kushner and Trump’s Middle East envoy Jason Greenblatt are trying to broker a peace plan to cover all core issues of the decades-old conflict between Israel and the Palestinians, US official say. Release of the plan has been delayed by Palestinian anger at Trump`s change of U.S. policy on Jerusalem.