Ingenuity carries two cameras to document its flights, which will also be observed by the Perseverance rover. 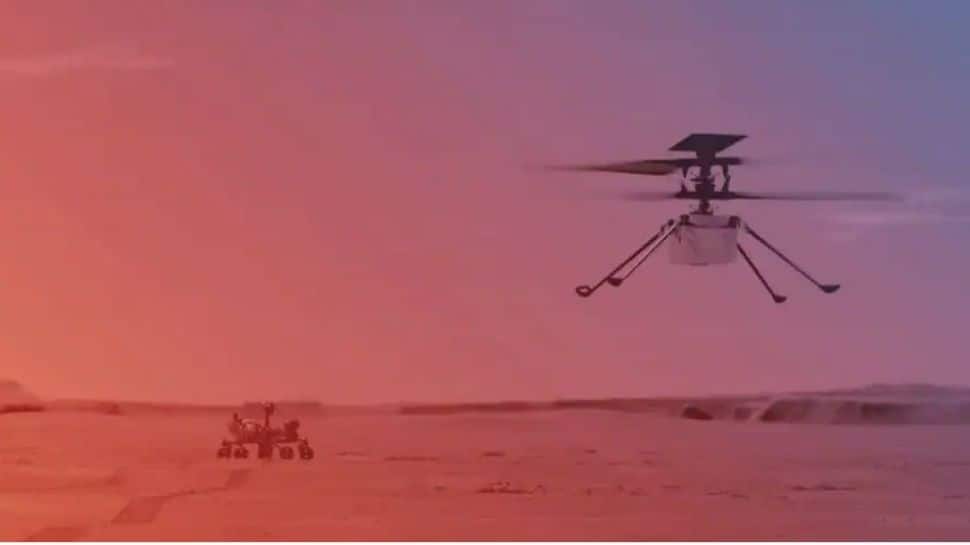 Ahead of its historic first flight scheduled for April 11, the National Aeronautics and Space Administration (NASA) has achieved yet another milestone after its Mars helicopter Ingenuity touched down on the surface of the Red Planet.

Ingenuity flew to the Red Planet while being attached to the belly of NASA's Perseverance rover, which touched down on Mars on February 18. The American space agency aims to explore the surface of Mars with the help of an Ingenuity helicopter which weighs just 1.8 kgs.

However, flying a drone on the surface of Mars would be way different than that on Earth because of the distinct atmospheric conditions of the two planets. The gravity on Mars, notably, is one-third of the Blue Planet and the atmosphere is just 1% dense in comparison to the Earth.

Along with these conditions, another challenging aspect of the journey would be the temperature as it drops to minus 90 degree Celsius during the night on Mars. It can result in freezing and rupturing the electrical components of Ingenuity.

The gravity of the condition can be evaluated by the statement of Bob Balaram, the chief engineer of Mars helicopter at NASA's Jet Propulsion Laboratory, who had said, "While getting deployed to the surface will be a big challenge, surviving that first night on Mars alone, without the rover protecting it and keeping it powered, will be an even bigger one."

This is pertinent to know that Ingenuity carries two cameras to document its flights, which will also be observed by the Perseverance rover. If all goes well, Ingenuity will perform a series of ever-longer flights over the Jezero Crater in the next 31 sols (Martian days).